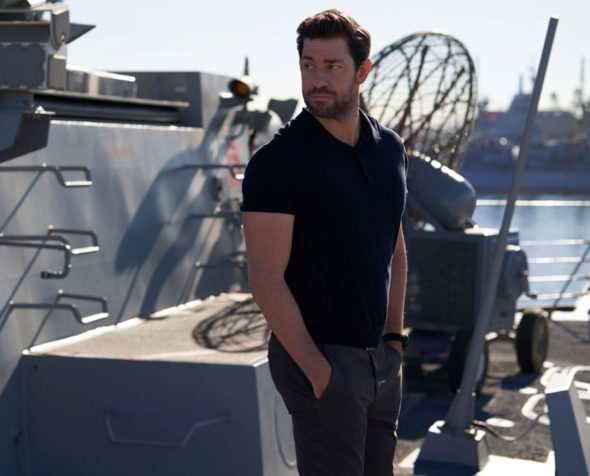 Jack Ryan will fight another day. Amazon Prime Video has renewed the Tom Clancy’s Jack Ryan TV show for a fourth season ahead of the third season’s release.

It has also been revealed that actor Michael Pena is joining John Krasinski on the action thriller. Wendell Pierce, Noomi Rapace, and Michael Kelly also star in the series.

In season two (which was released in October 2019), Ryan (Krasinski) traveled to South America where he found himself at the center of a global conspiracy involving nuclear weapons. Where will he head next?

Prime Video announced the series’ renewal on Twitter. Check out that announcement below.

A premiere date for the third season of Tom Clancy’s Jack Ryan will be announced at a later time.

What do you think? Are you excited to see more of Tom Clancy’s Jack Ryan on Amazon?

I can’t wait, it’s a great show. I’m also glad they are going to do a 4th season.

Seeing an announcement about a 4th season when we haven’t had a 3rd one yet had me saying, “whaaat” and “yea” . It’s been far too long awaiting a new Jack Ryan. John Krasinski does a great job as the hero. Come on 3rd season.

You DO realize the only thing Tom Clancy contributed to the series is the character names, right? There is literally NOTHING in this series that has ANYTHING to do with any of the books.

They should have named it something else. The show’s ok, but it’s insulting to tie it into the real Jack Ryan people grew up reading.