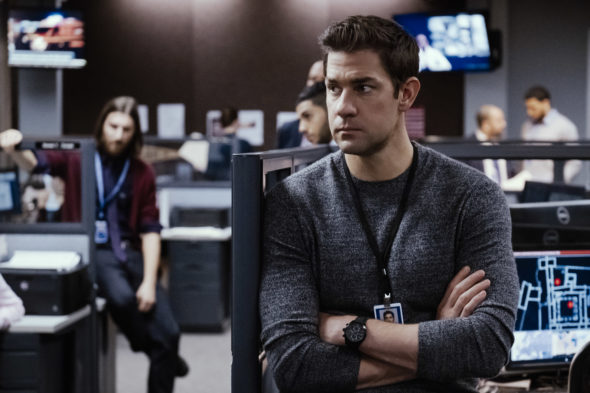 Is Jack Ryan still on the case? Has Tom Clancy’s Jack Ryan TV show been cancelled or renewed for a second season on Amazon? The television vulture is watching all the latest TV cancellation and renewal news, so this page is the place to track the status of Tom Clancy’s Jack Ryan season two. Bookmark it, or subscribe for the latest updates. Remember, the television vulture is watching your shows. Are you?

Unless they decide to publicize viewership, it is usually difficult to predict whether Amazon will cancel or renew a TV show like Tom Clancy’s Jack Ryan for a second season. For now, though, fans can rest easy. Amazon renewed Jack Ryan for season two, back in April of 2018, about six months prior to the series premiere. Still, I’ll keep an eye on the trades and update this page with breaking developments. Subscribe for free Tom Clancy’s Jack Ryan news alerts.

What do you think? Are you happy Tom Clancy’s Jack Ryan TV show was renewed for season two? How would you feel had Amazon cancelled this TV series, instead?

Happy like this show.Enjoyed the books so the show is a hit so far