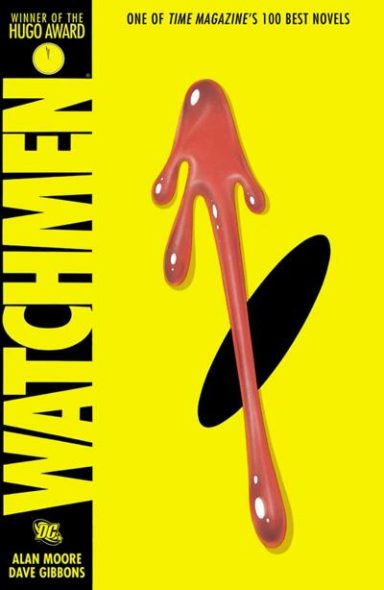 Who watches the Watchmen? Damon Lindelof is adapting Alan Moore and Dave Gibbons’ Watchmen as a TV show pilot for HBO. While the Leftovers and Lost veteran can’t really answer that question just yet, he has issued more than a few watchwords for his potential audience.

In a five page letter he posted to his Instagram account, Lindelof explains that because he recognizes the original comic series as “sacred ground,” he isn’t going to adapt it, in the strictest sense of the word. Instead, he describes his process as a “remix,” adding, “Because the bass lines in those familiar tracks are just too good and we’d be fools not to sample them.” Lindelof plans an original, new story for HBO, rather than a sequel. Check out what he has to say.

Lindelof, who has weathered a lot of verbal abuse online, isn’t much of an archivist with his social media accounts and has previously deleted them, when he needed a break. For that reason, we’ve grabbed screen shots of his letter. Check them out: 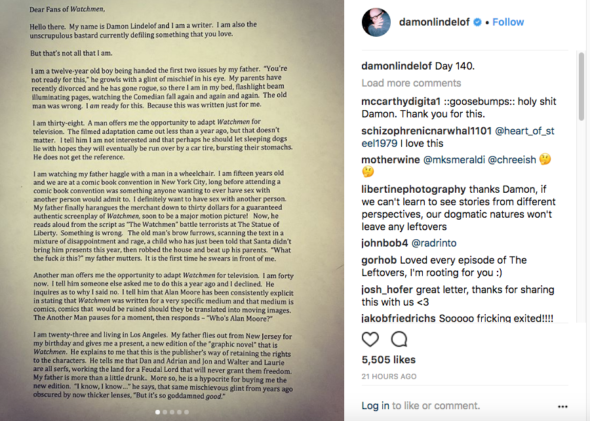 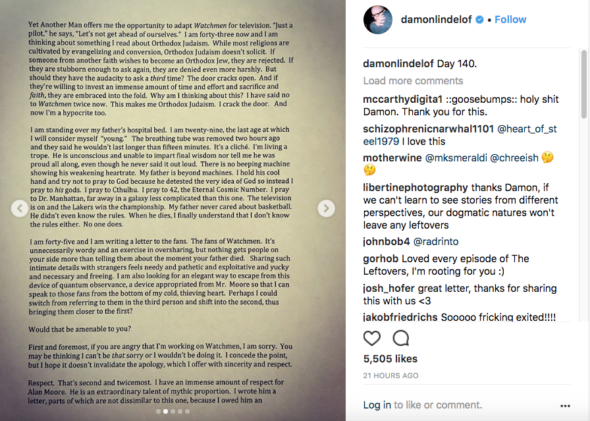 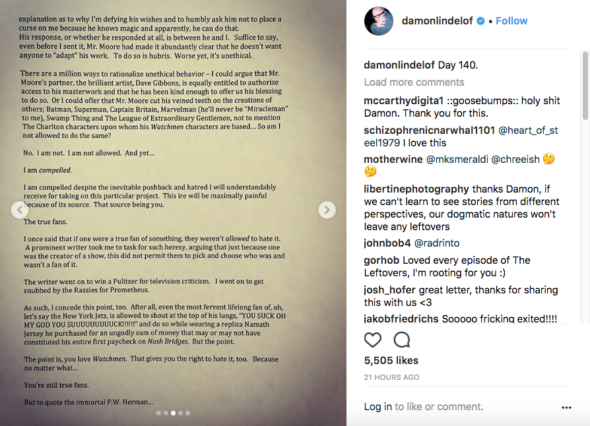 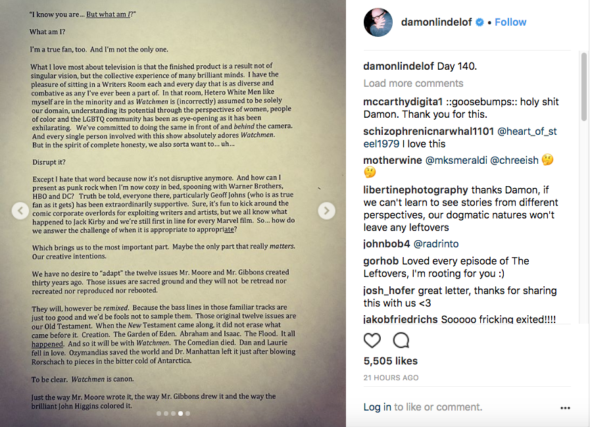 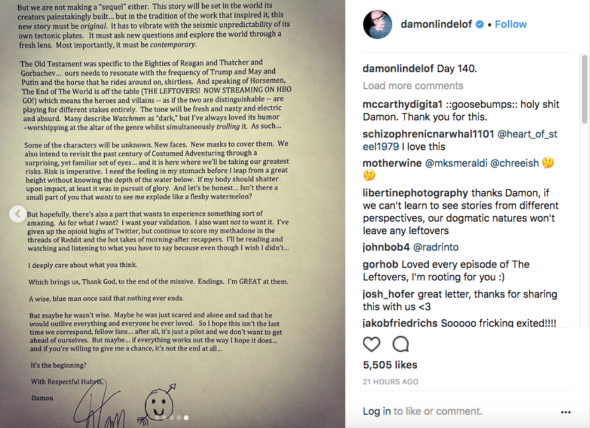 What do you think? Do you think Lindelof is taking the right approach with his Watchmen TV series? Do you plan to check it out, if HBO greenlights it?