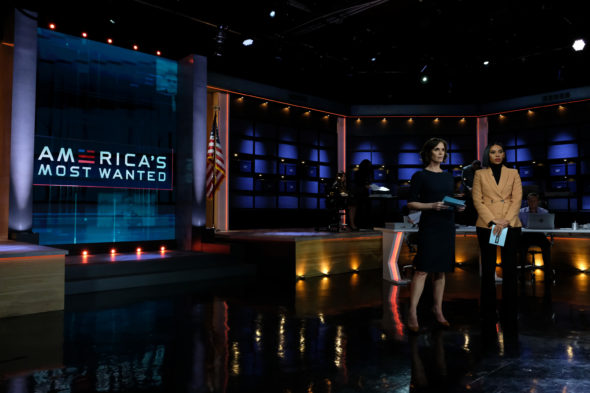 A revival of the long-running FOX fugitive docu-series, this version of America’s Most Wanted is hosted by journalist Elizabeth Vargas. Returning at a time when technology looms large in the public consciousness, Vargas breaks down some of the toughest cases from the show’s new headquarters and consults with a team of experts representing law enforcement units such as the FBI and U.S. Marshals. Deploying a myriad of advanced, modern-day developments in technology over the last several years, the series builds on its original format. Crimes are reenacted by utilizing new state-of-the-art crime-fighting technology that takes the audience hot-on-the-trail of suspects.

RENEWAL, with a new host like Robert Stack & BRINGING BACK an Updated Based Version of UNSOLVED MYSTERIES for 2022 season!

The real domestic terrorists are the oil and gas companies. When will their executives be put in prison?

Always been a top show, crucial to catching criminals in my books.

This was a very short season for America’s Most Wanted. I kept waiting for another episode and none ever came. I would have liked it if they would have done more episodes. It probably would have gotten more people watching. I know my husband and I enjoy watching it. I really hope it’s renewed and is also a longer season next time. Like I said it was way too short