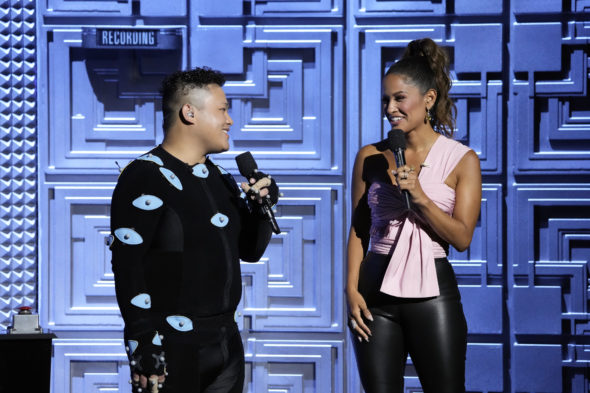 Who will capture the judges’ attention in the first season of the Alter Ego TV show on FOX? As we all know, the Nielsen ratings typically play a big role in determining whether a TV show like Alter Ego is cancelled or renewed for season two. Unfortunately, most of us do not live in Nielsen households. Because many viewers feel frustrated when their viewing habits and opinions aren’t considered, we invite you to rate all of the first season episodes of Alter Ego here.

What do you think? Which season one episodes of the Alter Ego TV series do you rate as wonderful, terrible, or somewhere between? Do you think that Alter Ego should be cancelled or renewed for a second season on FOX? Don’t forget to vote, and share your thoughts, below.

My favorite show on TV this season. I am obsessed with it.

I love this show and many have put me in tears. Hope for second season

Definitely worth renewing. I didn’t think I would enjoy this show and ended up looking forward to it every week.

I love this show for all it represents. I wish I could have seen Wolfie perform. I would totally go to his show. Loved his quick wit and talent too!

I truly enjoy Alter Ego. It is a different type of entertainment that allows family to sit in their family room and enjoy a variety of entertainment. Tonight I looked at the Final Semi Part 1 and I am very disappointed with the judge’s decision on who to elevate and keep on the diamond. Several of the contestants delivered a stronger concept of performance. I think the judges did NOT respond to the rules and things that they claim were important to choosing the future Alter Ego. I believe the judges allowed their personal feelings and ego to play the… Read more »

I love this show watched today, its really entertaining

I absolutely LOVE the concept of this show and the people they have chosen to be on the show as far as contestants and judges. I’ve been singing for 20 years and I can definitely tell a good note from a bad one, and the singers they’ve chosen have been completely and utterly amazing. They have also picked a pretty diverse group of people as far as race, body size, musical genre, etc., and I love hearing these people’s stories and seeing them build confidence with their alter ego’s. The judges are also great, and them as well as the… Read more »

This show is awesome…almost every one of them sound incredible. Shows how much talent is out there. What I really like is that it’s not like THE VOICE which is a vanity show for the celebrities, meanwhile none of the artists have reached massive success. I hope this show is like SONGLAND where they actually help the artists and givesthem a contract asap.

I think Kiea did good tonight on Alternet Ego

I love the premise of the show. The artists are very well spoken and have beautiful voices. However the MC or host has awful grammar. It’s completely disturbing

This show is so dumb! How many different variations of a “singing” show do we need?!!?