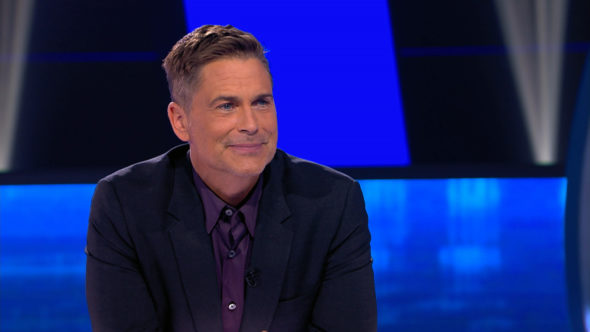 Who can hold onto their wits and concentration in the second season of the Mental Samurai TV show on FOX? As we all know, the Nielsen ratings typically play a big role in determining whether a TV show like Mental Samurai is cancelled or renewed for season three. Unfortunately, most of us do not live in Nielsen households. Because many viewers feel frustration when their viewing habits and opinions aren’t considered, we invite you to rate all of the second season episodes of Mental Samurai here.

A FOX game show, Mental Samurai is billed as a competition series that pushes every aspect of human intelligence and mental agility. The series is hosted by Rob Lowe, who also serves as a producer. Contestants mentally battle each other — and a ticking clock — as they attempt to stay focused and answer a wide variety of fun and interactive questions of knowledge, memory, puzzles and sequencing. They must do this while being whipped around the arena strapped into “Ava,” a high-speed capsule and robotic arm capable of twisting and turning a full 360 degrees. This is the first-ever obstacle course — for the mind.

What do you think? Which season two episodes of the Mental Samurai TV series do you rate as wonderful, terrible, or somewhere between? Do you think that Mental Samurai should be cancelled or renewed for a third season on FOX? Don’t forget to vote, and share your thoughts, below.