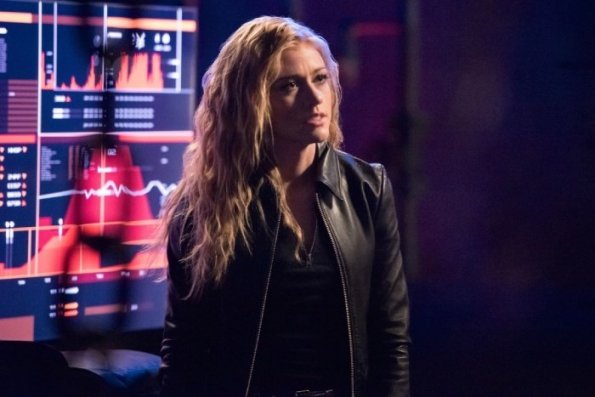 Arrow fans are preparing themselves for the end of the series after eight seasons, but the Arrowverse might gain a new Green Arrow and series next fall. A spin-off of the popular series is now in the works, and fans will see a backdoor pilot air during the final season of Arrow.

Who will be the new Green Arrow? That role will fall to Mia Smoak, the daughter of Oliver Queen and Felicity Smoak, who joined The CW series during season seven. She is played by Katherine McNamara, who will last seen on Shadowhunters on Freeform. Katie Cassidy Rodgers and Juliana Harkavy would also star in the new series.

Katherine McNamara went to her Twitter account to celebrate the spin-off news. She is excited about the new potential Arrow spin-off series, which is currently untitled. She made sure that her Shadowhunters fans knew she hadn’t forgotten them either. She sent the following tweets on Tuesday.

I promise! We are a family, angels. I’m not going anywhere. #Shadowfam for life! Hopefully, you’ll join me on this journey as well to see where it goes – and then on to whatever is next – and next — and next — Much love to you, angels. #ShadowhuntersLegacy https://t.co/O1mTB9HxMa

No word on when the new series will be set in the timeline. Mia Smoak and her crew are set in 2040, but TV Line was not able to confirm if that time period is the setting for the new series. Time travel is a thing in the DC Universe, so it is possible that fans could see Mia and her crew taking care of Star City in the current time as well. Reports have already revealed that Mia appears on season eight of Arrow.

Season eight of Arrow will premiere on October 8 at 9 PM. The series now airs on Tuesday nights. The DC Universe kicks off the return of the Arrowverse on October 6 with the premieres of Supergirl and Batwoman.

What do you think? Are you excited to hear that a new Arrow series is in the works? Will you watch Katherine McNamara’s Green Arrow?

Stephen Amell is A Great Actor.He’ll Be Missed On CW & Was Awesome As Oliver Queen/ Green Arrow. But There Are A Lot Of Other Great Actors & Actresses On The Show Too Can’t For vfc Get That!!!!

There Are Alot Of GREAT Cast Members On Arrow & A Major Part Of Them Are WOMAN NO Doubt About That. Plane & Simple!!!!

That Would Be A Very Cool Show! Katherine McNamara Would Be Great At The Part Along With Every Body Else From The Future Parts Of Arrow Episodes. That Needs To Happen On CW!!!

I will give it a shot…but tough to replace Stephen Amell…,,perfect casting

Such a bad news.

You know what would not be a surprise? If an established male character *wasn’t* replaced by a woman. I just wish the femanista movement had the imagination to create their own stories for heroines, rather than relentlessly pursue their twisted agenda of morphing every major male character into a female. Then the gullible media wonder why these shows fail.

Not another lesbian show. Please!