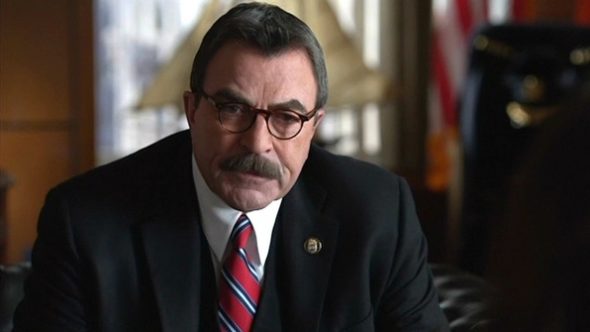 Congratulations to the cast and crew of #BlueBloods. Today we celebrate filming 200 episodes! pic.twitter.com/GyU2N8RHix

What do you think? Do you watch Blue Bloods? How many more seasons would you like to see the show have?

Due to A.T &T CBS NOT SHOWNG THIS CHANNEL NOW CANT WATCH MY FAVORITE SHOW. BEEN LOYAL FAN . NO THANKS TO A.T&T. AND CBS. Loved blue bloods

It’s a CBS show. You can watch on the regular cbs channel or online free the day after it airs.

I will watch it for as many seasons as it’s on, hopefully many, many more.

Until one of the grandsons is the Commissioner or until the granddaughter is the DA.

Absolutely love BLUE BLOODS! I see no reason why it couldn’t match Law and Orders 20 seasons. The change for m losing Linda to gaining Eddie as a man n character shows it can hold up to change. Would be a hoot if one of the boys ended up a defense lawyer!

I could watch another 10 seasons. It is the best TV show on

At least another 20 years would be wonderful. Please don’t cancel!!

I love Blue Bloods and haven’t missed an episode. However, I am VERY disappointed that we didn’t get to see the wedding. I mean, throughout season 9, we heard all about the wedding. And then, it’s finally here and 99% nothing. I hope that somewhere during season 10 there will be a reason to show it.

Yes seeing the wedding would be great