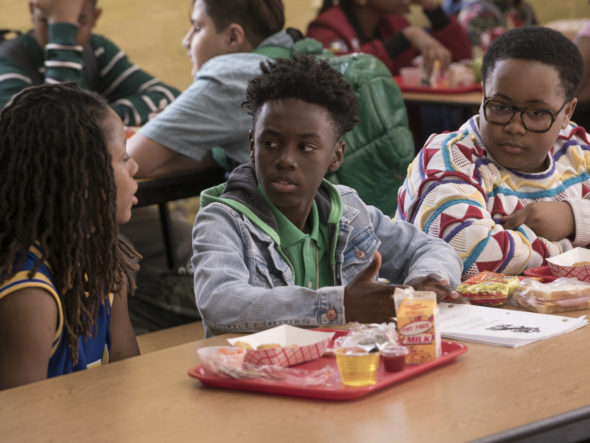 Is the first season of The Chi TV show on Showtime more of a fresh breeze or an ill wind? As we all know, the Nielsen ratings typically play a big role in determining whether a TV show like The Chi is cancelled or renewed for season two. Unfortunately, most of us do not live in Nielsen households. Because many viewers feel frustration when their viewing habits and opinions aren’t considered, we’d like to offer you the chance to rate all of The Chi season one episodes here.

A Showtime drama from Lena Waithe, The Chi stars Jason Mitchell, Tiffany Boone, Jacob Latimore, Yolonda Ross, Ntare Guma Mbaho Mwine, Alex R. Hibbert, Armando Riesco, Sonja Sohn, Jahking Guillory, and Steven Williams. The story explores life on Chicago’s South Side. True to its name, the drama is shot entirely in Chi-Town. It follows a group of Chicagoans who, at first, are connected by circumstance, but begin to develop a bond, due to their loneliness, thirst for atonement, and hunger for a more meaningful life .

What do you think? Which season one episodes of The Chi TV series do you rate as wonderful, terrible, or somewhere between? Should Showtime have renewed The Chi for a second season? Don’t forget to vote, and share your thoughts, below.

I fell in love with this show from the first episode and could not wait to see what happened next. When the season ended I was like “oh no I have to wait til next season that’s too long” but I hope that The Chi returns I’m from Chicago and I love that there’s a show about the people in their communities and what they deal with in their every day lives

My husband and I found this show and fell in love. We both been waiting and wondering if it was going to continue to come on with new episodes and we been praying it does. Great show and please bring it on back Asap… I even have friends and family members who’s been asking about the chi so bring it on, we’re waiting

I am from the Chi so to see my city is like yessssss!!! I love this series! Please hurry up with Season 2!!! I would love to see someone buy a Polish or Burger from Jewtown by the E-way on Roosevelt! I seen the Big Field lol nothing but memories! #chitown #4Life

Best show filled with drama and relatable senarios love it

Please bring the chi back the best tv show since power i love it dont do us like that. Season 2 where are ya?

I love, love, love The Chi. I can’t wait for Sundays to come s I can watch. Please continue this series.