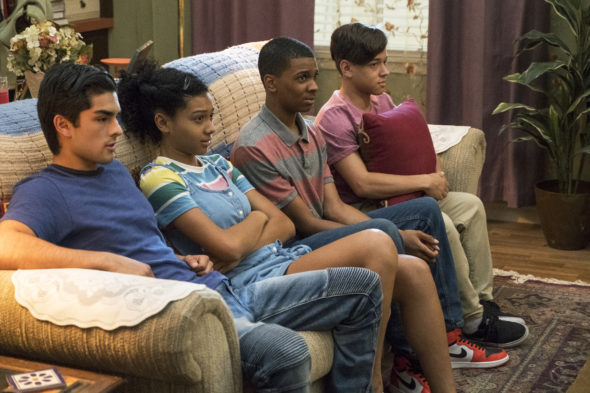 How is high school during the first season of the On My Block TV show on Netflix? As we all know, the Nielsen ratings typically play a big role in determining whether a TV series like On My Block is cancelled or renewed for season two. Netflix and other streaming platforms, however, collect their own data. If you’ve been watching this TV show, we’d love to know how you feel about the On My Block season one episodes. We invite you to rate them for us here.

What do you think? Which season one episodes of the On My Block TV series do you rate as wonderful, terrible, or somewhere between? Should Netflix cancel or renew On My Block for a second season? Don’t forget to vote, and share your thoughts, below.

Watched this in one night with my 14 year old not knowing what to expect…I haven’t cracked up, cried a little, gone down memory lane nor been able to express to my son the importance of true friendship & how openess, honesty & loyalty binds – the way this show has. PLEASE! SEASON 2 is a must!!!!

this show has left me in aw, and id really like to know what happens next. i finished this show in a day and would like season two. Please renew On My Block the show was more than great. its already leaving me to want more.

i love this show , its FUCKEN AWSOME . …

I think they’re should a season 2 can’t be be leaving people hanging like that, episode 10 is intense.

I really hope that On My Block gets renewed for a season 2. I am depressed because I watched it all in one night on the day it came out. If Netflix does not renew it for a season 2 then b**ches be bonkers.

I did the same exact thing and I totally agree with everything that you said Gabi. I am really looking forward to watching every episode of Season 2 for On My Block