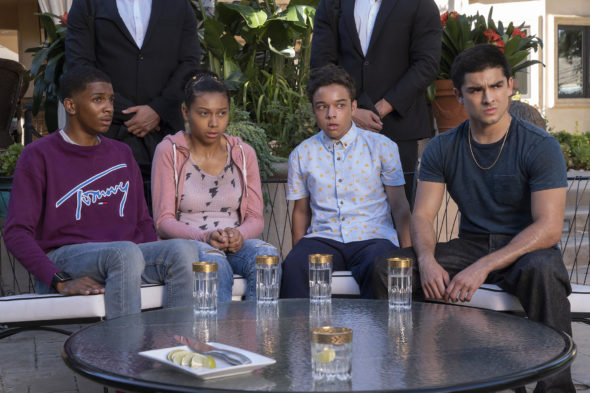 Can these friends fulfill their mission in the third season of the On My Block TV show on Netflix? As we all know, the Nielsen ratings typically play a big role in determining whether a TV show like On My Block is cancelled or renewed for season four. Netflix and other streaming platforms, however, collect their own data. If you’ve been watching this TV series, we’d love to know how you feel about the third season episodes of On My Block here.  *Status Update Below.

A Netflix romantic comedy-drama, On My Block stars Sierra Capri, Jason Genao, Brett Gray, Diego Tinoco, Jessica Marie Garcia, and Julio Macias. From creators Lauren Iungerich, Eddie Gonzalez, and Jeremy Haft, this coming-of-age series centers on four teen friends — Cesar Diaz (Tinoco), Ruby Martinez (Genao), Monse Finnie (Capri), and Jamal Turner (Gray). They’re bright, streetwise high school kids, in Los Angeles’ South Central neighborhood. Throughout the journey, they lean on each other, but also find their friendship tried and tested. In season three, they thought life was about to return to what passes for normal in Freeridge. Instead, the stakes get even higher for the quartet of friends..

What do you think? Which season three episodes of the On My Block TV series do you rate as wonderful, terrible, or somewhere between? Do you think that On My Block on Netflix should be cancelled or renewed for a fourth season? Don’t forget to vote, and share your thoughts, below.

*1/30/21 update: On My Block has been renewed for a fourth and final season by Netflix.