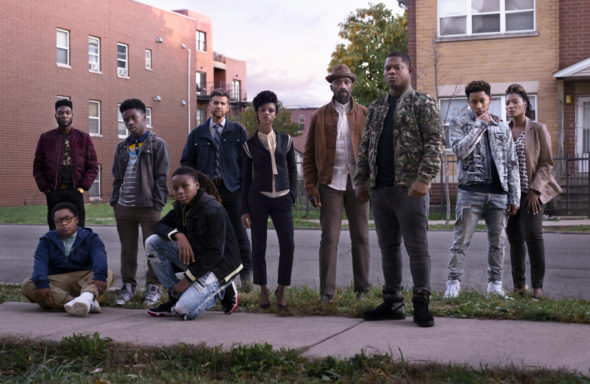 Is the second season of The Chi TV show on Showtime better or worse than the first? As we all know, the Nielsen ratings typically play a big role in determining whether a TV show like The Chi is cancelled or renewed for season three. Unfortunately, most of us do not live in Nielsen households. Because many viewers feel frustration when their viewing habits and opinions aren’t considered, we’d like to offer you the chance to rate all of The Chi season two episodes here. *Status update below.

A Showtime drama from Lena Waithe, The Chi stars Jason Mitchell, Tiffany Boone, Jacob Latimore, Yolonda Ross, Ntare Guma Mbaho Mwine, Alex R. Hibbert, Shamon Brown Jr., Michael V. Epps, Barton Fitzpatrick, and Armando Riesco. The story explores life on Chicago’s South Side. True to its name, the drama is shot entirely in Chi-Town. It follows a group of Chicagoans who, at first, are connected by circumstance, but begin to develop a bond, due to their loneliness, thirst for atonement, and hunger for a more meaningful life.

What do you think? Which season two episodes of The Chi TV series do you rate as wonderful, terrible, or somewhere between? Should Showtime cancel or renew The Chi for a third season? Don’t forget to vote, and share your thoughts, below.

Renew should of kept reg