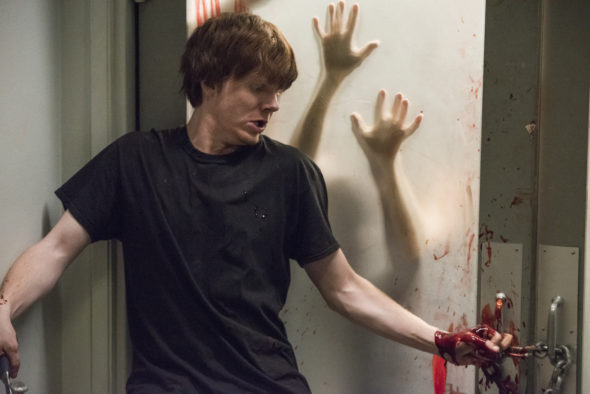 I love watching freakish, don’t cancel
It. how do we know how it will end this can’t be cancelled. Renew it

I love Freakish !!! I can’t wait to see The next episode !! It’s really good . I think I’m addicted to it

I love this show! PLEAZE renew it!!!!

Can’t leave us hanging after binge watching it!!! Need a season 3 even just to finish it off! The same thing happened in the TV series The Mist , and they never made another season to finish it! so frustrating !!

Come onnnn i binged watching both season n left us hanging. YOU HAVE TO MORE SEASONS. GEEZ

Can’t leave us hanging like that, have to at least have a series finale! My daughter and I watch together; it’s become sort of a thing.

OMG i just found out about freakish”<3 its amazing i had my head stuck in my computer since season 1 and i cant belive violet has died :(.. pleasee make a season 3. at least give us a final 🙁

I got sucked in to this series. At first, I couldn’t decide if I liked it, but ended up binge watching the 2 seasons and I need season 3! Though I do feel like maybe season 3 should be the final season. You can only take so much of similar experiences. But it’s a good show.

Please let there be a season 3, I need to know who’s turning. I predict that it’s either Sadie or Anka. I hope it’s NOT Zane.

Its gonna be diesel

My teens and I got hooked and now upset there is t a Season 3 out! Ugh!
Hulu (ALL Networks-Services)should at least do a Finale to end the story of shows we’ve invested time and money in.
I refuse to watch another series unless I know the network is committed to at least this!

Yasmin I’m with you…I just watched both season today….an was hurt they killed Violet….what’s up with that. Then now there is not a season 3….WHAT THE WHAT….at least give me a finale!!

Best. Show. Ever. Genius and creative. I can’t get enough