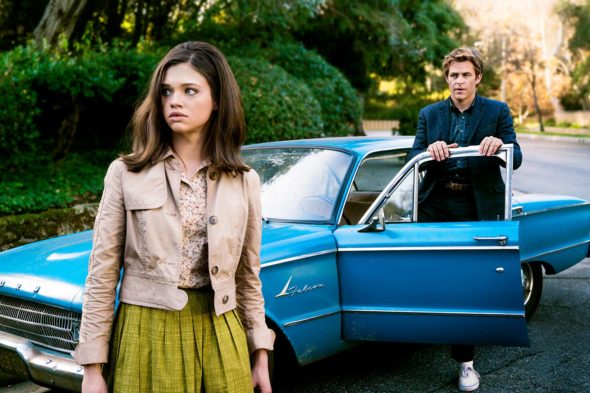 Has morning finally broken for Fauna Hodel? Is the I Am the Night TV show cancelled or renewed for a second season on TNT? The television vulture is watching all the latest cancellation and renewal news, so this page is the place to track the status of I Am the Night, season two. Bookmark it, or subscribe for the latest updates. Remember, the television vulture is watching your shows. Are you?

The first season of I Am the Night averaged a 0.25 rating in the 18-49 demographic and 1.08 million viewers. Learn how I Am the Night stacks up against other TNT TV shows.

Will TNT cancel or renew I Am the Night for season two? It seems like it should end after one season, but we’ve seen other “limited series,” which were supposed to be mini-series, turn into continuing TV shows. I’ll update this page with breaking developments. Subscribe for free I Am the Night cancellation or renewal alerts.

Update: TNT has designated the sixth episode as the “series finale” so, we know there won’t be a second season.

I Am the Night Cancellation & Renewal Related Links

What do you think? Were you hoping that the I Am the Night TV show would be renewed for a second season?

I enjoyed this show very much, please give it another chance, it, is a very good series and I will miss it, and many fan.

I will be so disappointed if there really is no second season! I have been looking forward to it since the final episode of season 1.

Really enjoyed the show was looking forward to the next season!

The show is really good, it’s kind of haunting in a way..I love this kind of show.

Renew it please …I Love the show!

I hope they renewed “I am the Night” its a great show and be any better if she got with Cris Pine then I watch for sure! To good peope trying to solve a murder and why she was left behind by her parents! And be falling in love to thats a show I watch!!! Otherwise I don’t know????

Please have another season! I absolutely love the show! Very interesting, great story line, thrilling, the actors are great, and all in all an awesome watch.

I would a second season. This show has been so intense.

Hopefully there will be another season. These days I never pay attention to the term “limited series” because I know it’s either a ploy to get people to watch, or they’re testing the waters

Thumbs up! I plan on watching more, if the show continues.

GOOD SHOW 😀
I wonder when there will be a season 2.

I would like to see a 2nd season. I really enjoy the show

I’m definitely anticipating the next season!
I truly enjoyed the shows thus far and am looking forward to more!