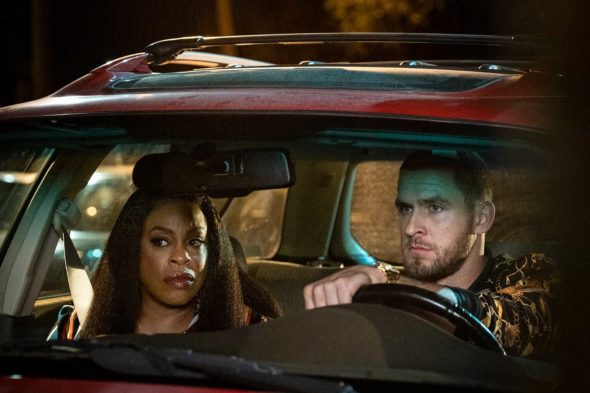 Is this the end for Desna and crew? Has the Claws TV show been cancelled or renewed for a fourth season on TNT? The television vulture is watching all the latest cancellation and renewal news, so this page is the place to track the status of Claws, season three. Bookmark it, or subscribe for the latest updates. Remember, the television vulture is watching your shows. Are you?

Will TNT cancel or renew Claws for season three? The TNT ratings are down in the demo but it’s still doing well for a TNT series. TBS has also been airing episodes which makes the show even more profitable. I think it will certainly be renewed but I’ll update this page with breaking developments. Subscribe for free Claws cancellation or renewal alerts.

10/1/19 update: TNT has renewed the Claws TV show for a fourth and final season.

What do you think? Are you glad that the Claws TV show has been renewed for season four? Are you sorry that there won’t be a fifth season?

Looking forward to season 4 and hoping for a 5th.