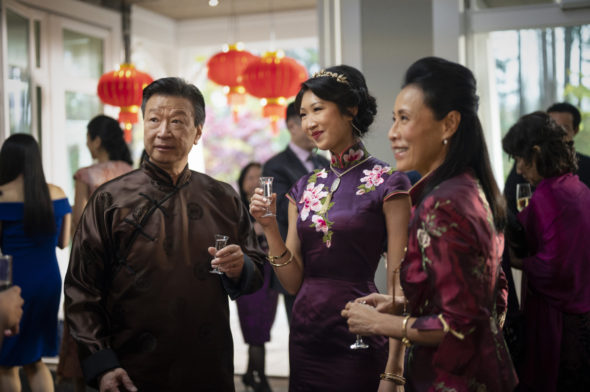 Is Nicky in over her head in the first season of the Kung Fu TV show on The CW? As we all know, the Nielsen ratings typically play a big role in determining whether a TV show like Kung Fu is cancelled or renewed for season two. Unfortunately, most of us do not live in Nielsen households. Because many viewers feel frustrated when their viewing habits and opinions aren’t considered, we invite you to rate all of the first season episodes of Kung Fu here.  *Status Update Below.

A CW martial-arts action-adventure TV show, the new version of Kung Fu stars Olivia Liang, Tzi Ma, Kheng Hua Tan, Jon Prasida, Shannon Dang, Eddie Liu, Gavin Stenhouse, Yvonne Chapman, and Tony Chung. Set in the present day, the series revolves around Nicky Shen (Liang), a young Chinese American woman who questions her life’s trajectory and drops out of college to go on a life-changing journey to an isolated monastery in China. When Nicky returns to San Francisco, she finds that her hometown is overrun with crime and corruption and her own parents Jin (Ma) and Mei-Li (Tan) are at the mercy of a powerful Triad. Nicky depends on her martial arts skills and Shaolin values to protect her community and bring criminals to justice. She also searches for Zhilan (Chapman), the ruthless assassin who killed Nicky’s Shaolin mentor Pei-Ling (Kai) and is now targeting Nicky herself.

What do you think? Which season one episodes of the Kung Fu TV series do you rate as wonderful, terrible, or somewhere between? Do you think that Kung Fu should be cancelled or renewed for a second season on The CW? Don’t forget to vote, and share your thoughts, below.

I love Kung Fu and I hope the network renews it for another season.

The characters are likable. Lacks action for a Kung Fu show. Trying to be to political early in the season. Get established first before going there. On the fence if it should be canceled.

This is a good show! Usually I do not like a lot of violence, but this show is ok and the Kung Fu battles we see are understandable. All of the characters are great and I love the relationships between Nicky all of her family members. Keep this show on and Please do not Cancel. Peace, Marc

Honestly —this is a mediocre, trite, boring show.

I was immediately hooked watching the pilot! What a great, fresh show! Sure hope it’s renewed!

Found this show accidentally, so so glad I found it, absolutely LOVE it!! Also glad to have found it on the 1st episode, as it looks to be giving info fast.