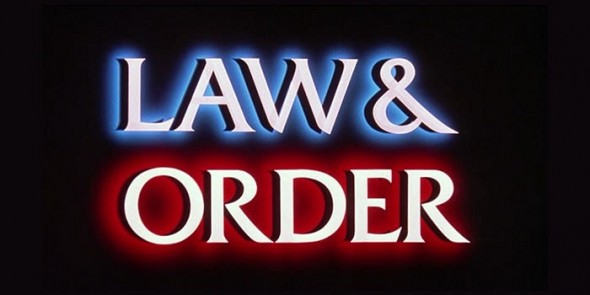 Law & Order fans will have to wait a little longer for a new spinoff. Deadline reports NBC has postponed the debut of their new TV show, Law & Order: Hate Crimes.

From Dick Wolf, the drama series “is based on New York’s real Hate Crimes Task Force, the second-oldest bias-based task force in the U.S. The unit, which pledges to uphold a zero-tolerance policy against discrimination of any kind, works under the NYPD’s real Special Victims Unit and often borrows SVU’s detectives to assist in their investigations.”

Initially, NBC planned to debut Law & Order: Hate Crimes during the latter half of Law & Order: SVU‘s 20th season. However, it now seems the spinoff needs a little more work before its premiere.

What do you think? Are you a big fan of Law & Order? Will you watch the new spinoff series?

Addicted to Law & Order, so how could I possibly resist watching any of the new spin-off series!!!

Definitely will watch a spin off of law and order!

Absolutely will watch I love all the law and orders

I HAVE WATCHED ALL VERSIONS, AND EXPECY TO KEEP SEEING THEM..

Yes definitely! These shows show us what goes on behind the scenes with real crime issues. They are very informative

The original L&O was best. Why not resurrect that series again.

I have been a fan of the original Law + Order. I was saddened when Jerry Orbach left(died) due to his cancer. I loved his character Lenny. I am now watching it on the Sundance channel on Dr (Comcast). I’m not sure adding a spin off on hate crimes is a good thing. Since our president came into office, hate crimes have increased almost 95%. Anyone who is not white or Christian, are being targeted. I don’t want hate crimes accelerating more than it is now.

Yes I will try it as I love Law and order

Hopefully, it won’t launch at all. It’s hard to get these type of shows right. With what’s going right now in our reality they should put it to rest.

I am looking forward to this new spin off, sorry I have to wait a little longer. SVU is my all time favourite.