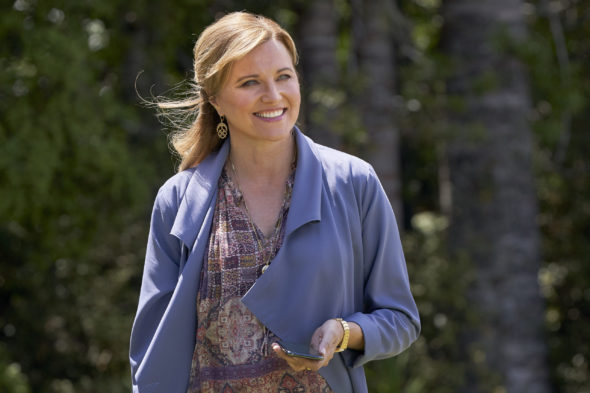 My Life is Murder will return for its second season next month, and Acorn TV has released a trailer and some additional details. Earlier this month, it was revealed that William Shatner, Anna Hutchison, Graham Vincent, Jay Ryan, Bruce Hopkins, Martin Henderson, Michelle Ang, Sara Wiseman, Bill Bailey, and Matt Whelan will join star Lucy Lawless for the second season.

Acorn TV revealed the following about season two in a press release.

Check out a trailer for My Life Is Murder season two below.

What do you think? Are you a fan of My Life is Murder on Acorn TV? Do you plan to watch season two?

What a fun show, keeping fingers and toes crossed for a season 3.

Love this show and where it’s filmed. The dialogue is well written and acted. Watched the first episode of Season 2 and am looking forward to those to come b

Love Love Love this show. Lucy Lawless is fabulous and so is the young Ebony Vagulans who I really like. But where is that handsome Bernard Curry? One of the reasons I loved the show . . .

I just finished watching season 1 and have to admit I really enjoyed it. I loved Lucy Lawless in Xena and she is still strong and beautiful. Enjoyed also the scenes of Melbourne and would like to know the city in the second season.

I this show it is genius how it was written comical yet serious, at the same time I love a good mystery and a murderer not get away with it, I animals and the were just too cute, and Lucy Lawless is Awesomely Amazing, and the scenery is wonderful

Loved the show when it was station out of Melbourne, Oz. Glad to see it in Auckland, NZED. I am a big fan of Brokenwood mysteries. I excited to see Rawiri Jobe again, his character Kahu Taylor was a great story line.

I love this show and can’t wait for season two.

This show is killer!