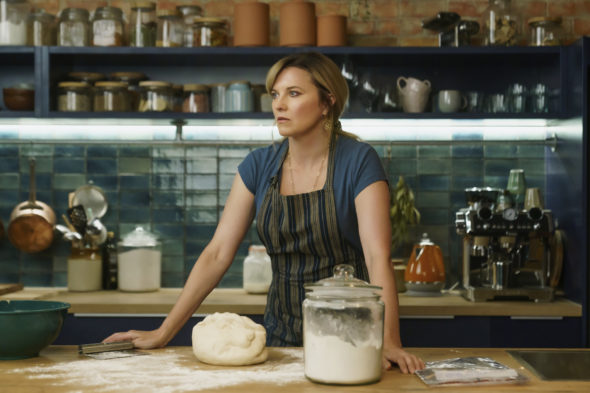 Acorn TV revealed more about the second season of My Life is Murder in a press release.

Building on the warmth, intrigue, and humor of its acclaimed Australian series, My Life Is Murder moves to Auckland, New Zealand for its new 10-episode season.

Alexa finds herself back in her home country for the first time in years, and can’t help herself when she is asked to look into a bizarre unsolved murder. Joined again by her partner-in-crime-solving, Madison Feliciano (Ebony Vagulans) as well as series newcomers, the charismatic detective Harry, Rawiri Jobe, and café owner Reuben, Joe Naufahu (Game of Thrones), she quickly finds herself investigating other murder mysteries in surprising, glamorous worlds filled with intriguing characters who are hiding dangerous and deadly secrets.

“I am in love with the city of my birth and I’m thrilled to be showing her off to the world as the stunning backdrop to our stories. We are joined by some of NZ’s finest acting talent, headed by Rawiri Jobe and Joe Naufahu,” says Lucy Lawless.

What do you think? Are you a fan of My Life Is Murder? Are you excited to see season two on Acorn TV?

GREAT SHOW!!!!! but why the makeup on the WOMANS CHEEKS very strange?

LOVE the feminine trenchcost. Just now watching season 1 and its so good. Looking forward to s 2 with Renee. Speaking of which I Plan to have a xena warrior princess watch party this winter with other fans.

Wonderful show! Absolutely thrilled we’ve got a season two to look forward to.

So happy to see a new season coming up.