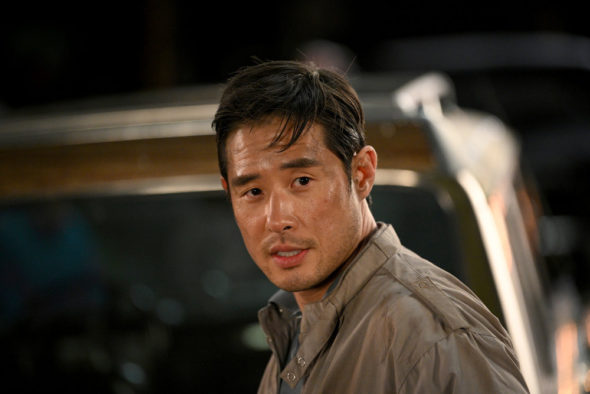 “Oh, boy.” NBC is going back to its old schedule once again for a new show. The network has ordered a sequel to the Quantum Leap TV series for the 2022-23 season. NBC previously gave the go-ahead for a sequel to the Night Court sitcom which ran around the same time, in the 1980s and 1990s, on the peacock network.

A science-fiction drama, the original Quantum Leap TV show ran for five seasons and stars Scott Bakula and the late Dean Stockwell. In the story, physicist Dr. Sam Beckett (Bakula) tests a time travel project, Quantum Leap, and ends up involuntarily leaping through space and time. He finds himself taking the place of people in different eras and is stuck there until he can right historical mistakes. His friend, Admiral Al Calavicci (Stockwell), appears as a hologram that only Sam can see/hear and tries to assist him with additional information. When Sam has completed his mission, he leaps to another person in a different time and place. He keeps hoping that he’ll leap home one day. The series was cancelled after five years and viewers were told via an onscreen message, that Sam never returned home.

Now, nearly 30 years later, it looks like the mystery of what happened to Sam Beckett could be solved. While some outlets are calling this a “reboot”, it’s more of a “sequel” as there are definitely some story connections to the original. According to NBC, “It’s been 30 years since Dr. Sam Beckett stepped into the Quantum Leap accelerator and vanished. Now a new team has been assembled to restart the project in the hopes of understanding the mysteries behind the machine and the man who created it.”

The new series will star Raymond Lee (above), Caitlin Bassett, Ernie Hudson, Mason Alexander Park, and Nanrisa Lee. Raymond Lee will play Dr. Ben Seong, a physicist who ends up leaping into the past. Hudson will play Herbert “Magic” Williams, a Vietnam veteran and head of the time travel project at Quantum Leap. Using his experience to keep the Pentagon at bay, Magic buys the team some time to rescue Ben. In the second episode of the third season of the original series, Sam leaped into Magic in the episode that revolves around Sam trying to save his brother while fighting in Vietnam.

The pilot was written and executive produced by Steven Lilien and Bryan Wynbrandt. Executive producers on the new series also include Martin Gero, Quantum Leap creator Don Bellisario, and Deborah Pratt, a producer/writer and the narrator on the original show.

Bakula is not currently associated with the project and has a rodeo pilot titled Unbroken in contention at NBC. One can hope that he could be persuaded to help give Sam Beckett fans some closure if the possibility arises.

What do you think? Did you watch the original Quantum Leap TV series? Are you looking forward to the new show?

I loved the original series and I am looking forward to the sequel. Hope Scott becomes part of it.

We loved the original QL. if the quality and tone can be sustained, I would absolutely give it a try. So many continuations, sequels and so on are hammering us with all kinds of agendas and “correctness” and the stories suffer. Just tell it: whatever evolves, if it’s a natural part of a character–not forced, as is so often the case–it will integrate into the plot on its own without having to become a focal point.

Makes me think about Airwolf second era : try the same receipe with new cast…
And 5 main caracters ?!?!?
What was good in the original was the duet of Sam & Al, the only thing commonn between the episode.
Makes me also think about McGyver : the original was McGyver and his boss (and one only friend). The reboot is a full team and guns, nothing to do with the original…

Watched the original Quantum Leap. Loved it with Sam Can’t the tv writers get an original idea for a tv show?

STAR TREK: THE NEXT GENERATION was a sequel series, and that seems to have worked out just fine, so I say, go ahead and take a shot at this kind of thing, because when it works, the sky’s the limit.

And don’t watch it if you hate the idea.

I really liked the original show and was gutted when it ended, so I will definitely be watching the new version, I just hope it’s not woke like most other shows are these days.

I will absolutely watch this. This was my favorite show at the time. I too would love to see Sam return even if it was just one episode.

I was born in the very early 90s so I missed Quantum Leap. They can call this a “sequel series” instead of a reboot all they want, but it’s still a reboot. They are resurrecting an IP that has been been dormant to try and scrape bucks off of the dying “nostalgia-bait” trend. The “Saved By the Bell” reboot just ate it, and that’s also from NBC Universal. Why do the same thing again? Does someone have to pitch a show called “New Show” for us to get one?

Develop something new. Won’t be watching. Enough of the reboots already. I didn’t watch this show the first time around.

Like any “reboot” or “sequel” series, the jury is out until I actually see it. I do think that bringing the character of “Magic” out of the past seasons and making him the “new Al” was a great idea though.

The original Quantum Leap series is still a huge hit on HellCable down here. I’ve seen every episode at least 666 times, but I’ll still watch it now & then.

QL was a series I loved until Bellisario violated his own promises and ignored his own series “Bible”. The show had what was far and away the WORST series finale of all time. So – thanks but no thanks folks.

Nope, I won’t be watching it

Another reboot replacing the lead with an ethnic minority.

ANOTHER reboot. No ideas left in Hollywood. None.

I Have Been Saying That For Years