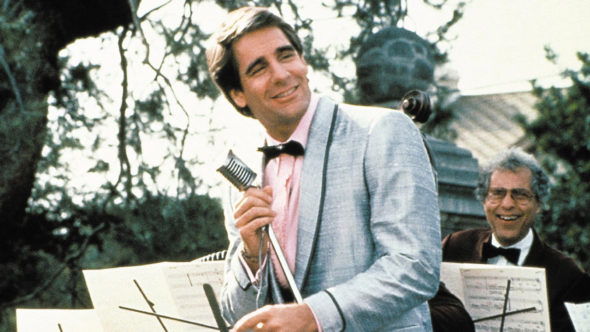 The ’90s dramedy starred Scott Bakula as Dr. Sam Beckett, a physicist who becomes different people as he travels through time. The cast also included Dean Stockwell. The show ran for five seasons before ending in 1993.

During an appearance at LA Comic Con this past weekend, Bellisario revealed he has finished writing a Quantum Leap movie:

I just finished writing a Quantum Leap feature. I don’t know what’s going to happen with it, but I did write it.”

And what is the movie about? Bellisario wouldn’t say much, but he did mention:

I write things exactly the same way. I just start writing and I let them take me wherever it’s going to take me. I’m entertained the same way the audience is. So I just put Scott and Dean [Stockwell] in my head, kind of rebooted them, and went from there.”

It’s unclear if the Quantum Leap movie will be made, but we’ll post updates as they become available.

What do you think? Are you a fan of Quantum Leap? Would you watch the feature film reboot?

I would be first in the queue to see a QL movie. Hopefully they’ll go ahead with the reboot too.

Would love to see Sam and Al again. Please, please bring them back

I LOVE THAT SHOW IM GETTING THE WHOLE SERIES ON DVD AS SOON AS I CAN. I LOVED THE CONNECTION AL AND SAM HAD.

Would love to see Dr. Beckett make it home

I’d definitely be there to watch it.

I would love to have a Quantum Leap reboot. They really messed up the show in the last season. Lee Harvey Oswald, the soldier with no legs, going out of his age range (Civil War), etc. But I did like the evil leaper.