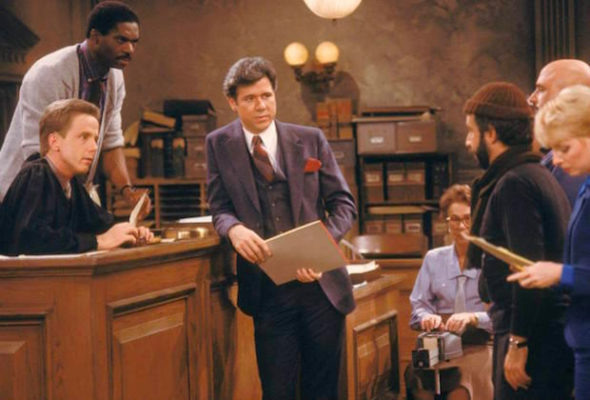 Night Court has cast its new lead. Melissa Rauch (The Big Bang Theory), who is also executive producing the project, will star in the pilot for the potential NBC sequel series. She will be joined by John Larroquette, who starred in the original comedy series for the network.

Rauch and husband Winston Rauch are executive producing via their After January production company, which is based at Warner Bros. Television. She approached WBTV (which produced Big Bang) about creating a new series because she’d been a fan of the original, which was led by Harry Anderson, and thought it could work today.

Deadline revealed the following about the plot of the possible NBC series:

“Written/executive produced by Dan Rubin based on the original series created by Reinhold Weege, the multi-camera Night Court centers on the unapologetic optimist judge Abby Stone (Rauch), daughter of the late Harry Stone, who follows in her father’s footsteps as she presides over the night shift of a Manhattan arraignment court and tries to bring order to its crew of oddballs and cynics, most notably former night court prosecutor Dan Fielding (Larroquette).”

The original series aired for eight seasons between 1984-1992. NBC is still deciding on whether or not to order this series.

What do you think? Were you a fan of the original Night Court on NBC? Do you want to see the new Night Court sequel?

I am a fan of Night Court, I look forward to the new series.

Yes,I’d like to see Night Court, but I think that I would like to see Dan as the judge and Amy as a prosecutor.

Yes One Of My Favorite ! Please Find Writers That Keep Formula Same!

I really enjoyed the original series, hope this one will carry on the humor level.

Loved the original series! Hope this one flies.

I loved Night Court. It was one of my favorite comedies of the Eighties