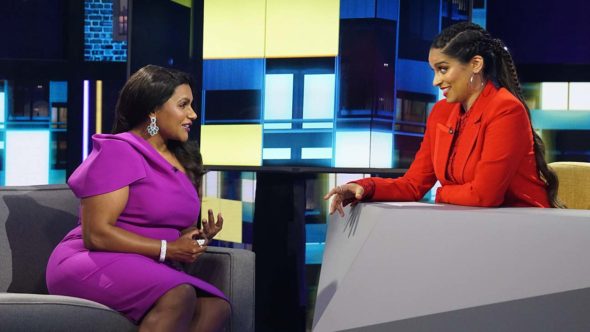 Lilly Singh is headed into primetime with a new sketch comedy series on NBC. She’s currently working on creating a two-part series, titled Sketchy Times with Lilly Singh, for the broadcast network. Her late-night series has already been renewed for a second season.

NBC revealed more about the new primetime comedy series in a press release.

Dates for the episodes will be announced in the coming weeks.

“Lilly has always created content that is original, relatable and of the moment,” said Lisa Katz and Tracey Pakosta, Co-Presidents of Scripted Programming, NBC Entertainment. “Now more than ever, her unique comedic style is the perfect antidote to help us through these challenging times.”

Sketchy Times will see Singh perform in multiple sketches where she portrays every character and satirize how we’re all adjusting to the new normal. Each episode will feature a specific theme and include her signature musical parodies. All production will be shot at Singh’s home with minimal crew and proper safety protocols enforced.

“Ten years ago I started playing every character in my sketches because my friends were all ‘stop annoying us to be a part of your skits,’” Singh said. “With Sketchy Times, I’m going to play every character because me, myself and I have been training for this moment.”

Singh is a multi-faceted entertainer who has spent the last decade writing, producing and starring in comedic and inspirational videos on her digital channels where she has amassed more than 36 million followers. In addition, Singh hosted and executive produced her own late night show, A Little Late with Lilly Singh, whose inaugural season wrapped up in May.

A Little Late with Lilly Singh was renewed for a second season earlier this year. In its first season, the show averaged 0.14 rating in adults 18-49 and 629,000 viewers overall in “live plus seven day” Nielsens, and delivered the youngest audience among late-night talk shows on the Big 4 broadcast networks. With more than 51 million views, “A Little Late” ranked as the #1 most-watched freshman broadcast series on YouTube.

What do you think? Will you check out Sketchy Times on NBC? Are you a fan of Lilly Singh? Have you seen her late-night series?

She’s funny! Sometimes a little over the top but funny. Definitely something different than the other late night shows. I do not support Trump but we definitely didn’t need another late night show that is constantly reports on Trumps ridiculous behavior. She’s a welcome addition in my opinion! Looking forward to many more seasons and I’ll definitely check out her new special!

I love her show!! She is funny and it it’s so wonderful to see a female in late night! When is the new season going to start??? I’m getting so impatient!