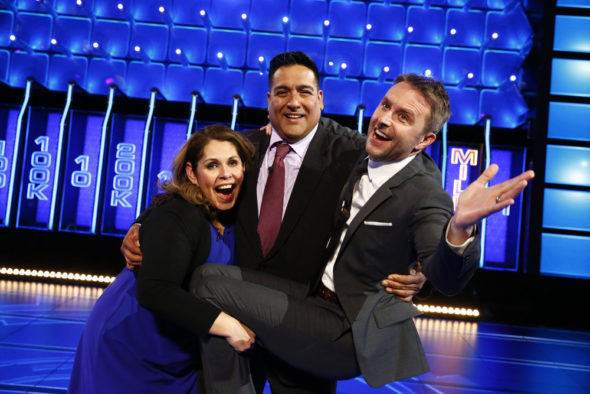 NBC is ready to play. The network just announced the summer 2019 premiere dates for Hollywood Game Night and The Wall.

· “The Wall” is the fastest and simplest game with more than $12 million on the line every night – and up to $3 million on a single heart-stopping drop. At four-stories high, “The Wall” was built for one purpose – to change peoples’ lives in an instant.

What do you think? Are you a fan of Hollywood Game Night and/or The Wall? Will you watch the new episodes?

WHEN IS THE WALL COMING BACK, IT IS 2020 AND ITS NOT ON YET, WHATS GOING ON, THEY TAKE PROGRAMES OFF YOU SHOULD LET THE PEOPLE DECIDE WHICH WE ALL WANT TO SEE, THANK YOU BRING IT BACK

I too want to know about the Wall?

How come the wall are still repeats what happened to season 3 that was susposed to start on 6 /20/19? Anyone know?

NBC decided to delay the season three premiere until some time in the 2019-20 season. We’ll report a date when we have one.

are the The Wall new episodes or reruns?

NBC has been airing reruns. They delayed the new season premiere until some time in the 2019-20 season.

I love both of these shows! So glad to see them back. Hollywood Game Night is one of my favevorites of all times! So much fun!

These are both fun shows without all the gimmicks. The Wall is simple but engaging & Jane’s games are short & fast & it’s fun to see celebrities acting silly, like you know, us regular people.