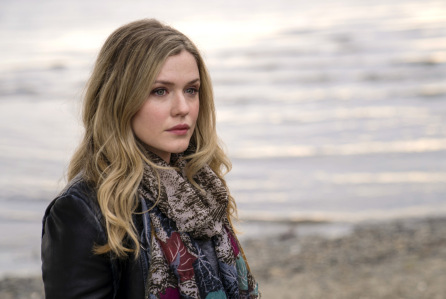 Are you ready for The InBetween? NBC just announced their new TV show will debut in May.

· Cassie Bedford was born with a rare ability. She has visions … whether she likes it or not. Sometimes Cassie sees events that have previously occurred or will happen in the future. In addition, sometimes she encounters unsettled spirits who need her help. When her father, Det. Tom Hackett, and his new partner, former FBI Agent Damien Asante, need assistance solving a dark and puzzling murder, Cassie reluctantly agrees to use her abilities and helps solve some of the city’s most challenging cases.

What do you think? Are you a fan of crime dramas? Will you watch The InBetween?

I absolutely loved the show, I am sick of all the reality shows like Batchlers and the other stupid things you are releasing. This show has potential for greatness,like Ghost Whisperer, but yall blew it.

I missed the debut and now the Stanley Cup is preempting the show! Please don’t cancel it until I get the chance to see it. I love real life stories about Nancy Reiner and others and I always watched the Ghost Whisperer. I know I’ll LOVE this show!

First episode last night: I like shows about psychics and this has possibilities – BUT IT NEEDS BETTER WRITERS. First show, all these characters and I’m left clueless about who they are or what their relationships are to each other! Plus – why does Cassie only have visions when she’s sleeping? that’s not realistic. What’s even more unrealistic is that she works in a BAR. A real psychic could NEVER work in a bar – too many negative vibes. Trust me. Actress who plays Cassie is “ok” but the little ghost girl was the best character on there. I’m being… Read more »

YEs I will watch it, Even though it is similar to Medium and Ghost Whisperer. I LOVE this type of series, and I miss watching my other favorites. So excited!!

I will definitely check it out, sounds a lot lik ‘Medium” and I loved that show!

We’ll soon see how much like MEDIUM (and GHOST WHISPERER, and a number of other similarly themed series) this turns out to be.

Sorry, the CRIME-SOLVING aspect of this series makes it sound more appealing.