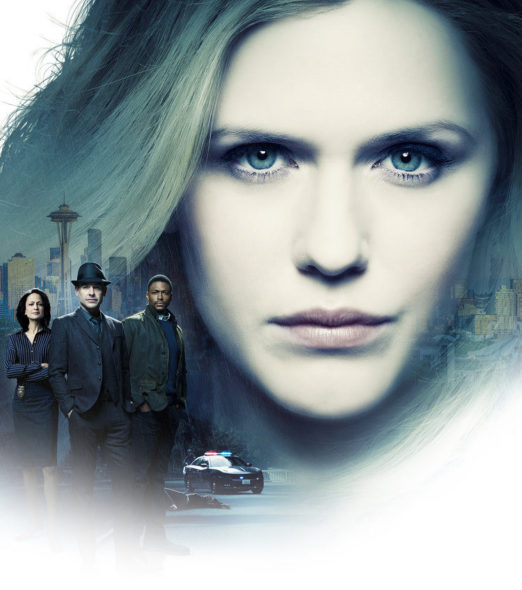 TV show description:
From creator Moira Kirland, The InBetween TV show is a supernatural police procedural. The drama centers on Cassie Bedford (Dyer), who is gifted with psychic abilities that she often considers a curse. Cassie has unbidden visions of events past and future. What’s more, she is also approached by spirits who need her help in some way.

Cassie slings drinks at the Council Bar, where not everyone knows her secret, and she prefers it that way. When we first meet her, a young spirit named Abigail Colemann (Abbott) keeps Cassie company, even when she’d prefer some privacy — like when she brings home a hot guy from work.

Cassie’s foster father, Tom Hackett (Blackthorne), is a Seattle police detective. When Cassie has a vision or encounter she believes to be related to a crime, she fills him in on what she knows.

Young, good looking, and a go-getter, Asante was recruited as an FBI profiler right out Harvard, then worked with the LAPD, before relocating to the Pacific Northwest. He is prepared, eager to work, and is the personification of everything Tom finds irritating. He’s also has a painful secret.

Since Tom’s partner resigned a few months prior, Swanstrom designates Asante as his new partner. The two soon become embroiled in a particularly sinister new murder case which bears the hallmark of a deceased serial killer. Eventually, they recruit Cassie, in order to put her abilities to use.

Tom’s husband, Brian Currie (Silver), worries that the visions are too hard on Cassie and wishes Tom would stop involving her, because maybe then the visions would cease. Still, she feels compelled to do what she can with her accursed gift.


Series Finale:
Episode #10 — Monsters and Angels
Tom and Damien investigate the murder of a young schoolteacher, only to discover that her killer is someone very close to home. Cassie realizes that she must deal with Ed Roven once and for all.
First aired: August 14, 2019.


What do you think? Do you like The InBetween TV series? Should this NBC TV show have been cancelled or renewed for a second season?

Liked this show. Different and interesting with great characters.

It should be renewal…interesting concept…good acting a fine price if escapism….don’t we need that these days…

I really enjoyed watching this show and was very disappointed when I read it was canceled. please reconsider and renew it

I really enjoyed watching this tv show. They need to bring it back I think