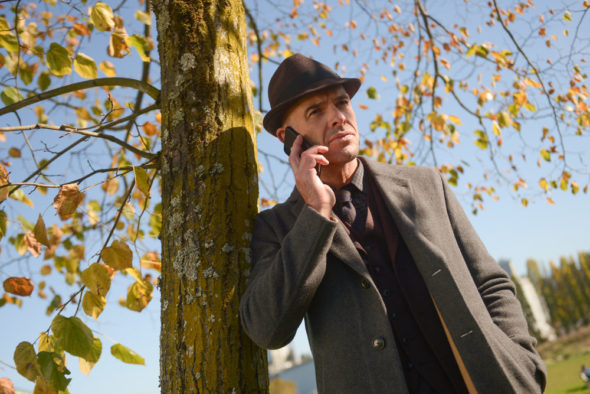 Does Cassie Bedford know what’s coming next? Will The InBetween TV show be cancelled or renewed for a second season on NBC? The television vulture is watching all the latest cancellation and renewal news, so this page is the place to track the status of The InBetween season two. Bookmark it, or subscribe for the latest updates. Remember, the television vulture is watching your shows. Are you?

The first season of The InBetween averaged a 0.40 rating in the 18-49 demographic and 2.57 million viewers. Find out how The InBetween stacks up against other NBC TV shows.

Will NBC cancel or renew The InBetween for season two? The ratings have been quite low but they have been consistent. I suspect this summer series will be cancelled but NBC could keep it because it’s a summer series and they have lower expectations. I’ll update this page with breaking developments. Subscribe for The InBetween cancellation or renewal alerts.

11/1/19 update: NBC has cancelled The InBetween TV show after one season.

What do you think? Were you hoping that The InBetweenTV series would be renewed for a second season? Are you sorry that NBC cancelled this TV show, instead?

Best show on sky love it please keep them coming

Was really hoping for a second season on in between.

Very disappointed to learn that there won’t be a Season 2. I really enjoyed watching Season 1. Hopefully they’ll change their minds

I couldn’t stop myself from watching it. One of the best shows I’ve ever watched. I’m so sad, What a big disappointment.
Personally I think it is a 10/10

This is stupid. This show was absolutely amazing. I was glued to every episode and they even left a cliffhanger at the end of the season and still they cancel it? Such a HUGE disappointment.