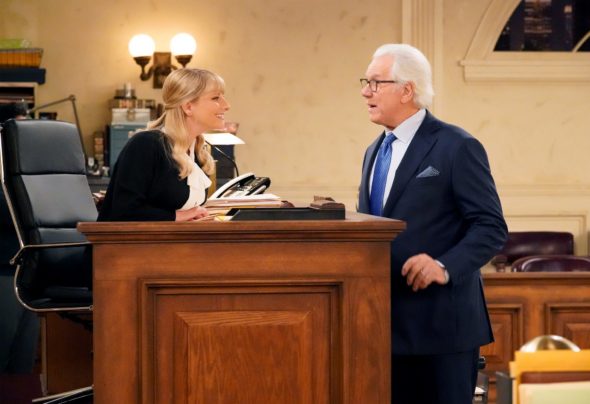 NBC has announced its mid-season schedule but the Night Court revival wasn’t on it. The peacock network has opted to hold the comedy back and air it during the 2022-23 season.

Starring Melissa Rauch and John Larroquette, the new Night Court series takes viewers back into the courtroom to follow the daughter of Harry Stone (Harry Anderson) who has taken over his spot on the bench.

Susan Rovner, Chairman, Entertainment Content, NBCUniversal Television, and Streaming, said the following about the series, per Deadline: “We love Night Court and really do believe in it. It will be on next year’s schedule.”

An exact premiere date and additional casting for the NBC series will be announced at a later time.

What do you think? Are you planning to check out the new Night Court on NBC next season?

Yes! I loved NIGHT COURT, I believe it’s got a good chance, especially bringing John Larroquette in as Dan, I’d love to see any of them come back!

It was my favorite show growing up. Larroquette was so brilliant as Dan. I’m confident if he took the job, the scripts must be pretty good.

I can’t wait. I hope they use the original theme song as well.