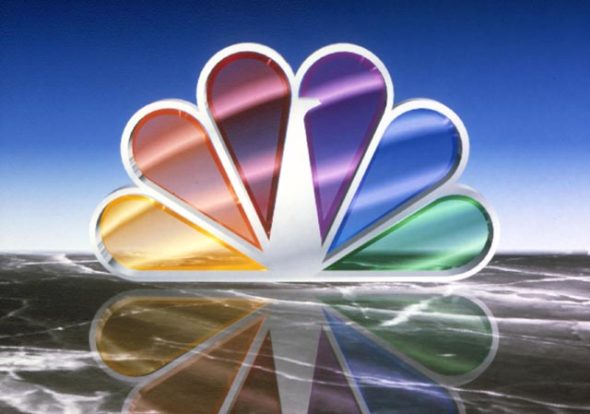 Upcoming new and returning summer shows include American Ninja Warrior, America’s Got Talent, Dancing with Myself, Password, and Who Do You Think You Are? (returns after seven seasons on TLC),

All NBC Fall Shows to Stream Next-Day Exclusively on Peacock

NEW YORK – May 16, 2022 – On the heels of another season as #1 in the key 18-49 demo, the network announces a fall schedule featuring dominant fan-favorites, new original series and tentpole event programming. All network shows will stream next-day, exclusively on Peacock.

TUESDAY: The melody continues as “The Voice” cues up the return of the season’s #1 new drama “La Brea” at 9 p.m. followed by the highly anticipated final season of fan-favorite “New Amsterdam” at 10 p.m.

WEDNESDAY: Television’s highest-rated night of drama returns with the One Chicago lineup kicking off at 8 p.m. with “Chicago Med,” continuing with “Chicago Fire” and concluding with timeslot winner “Chicago P.D.” at 10 p.m.

“While leaning into our strong, stable schedule in the fall, we’re also rethinking legacy launch timing to give our shows the best chance for success,” said Frances Berwick, Chairman, Entertainment Networks, NBCUniversal Television and Streaming. “With the huge reach that our affiliate partner stations provide, coupled with exclusive next-day availability on Peacock, our NBC shows will truly be accessible to audiences in any way that they want to watch.”

“We’re continuing to invest in content for NBC that not only has the huge broad appeal that defines the platform, but also the ability to continue to find fans across our platforms following its broadcast debut; a strategy we’ve already seen a lot of success with this season,” said Susan Rovner, Chairman, Entertainment Content, NBCUniversal Television and Streaming. “We’re very excited by the new additions to our lineup, which we believe will super-serve our linear audience. In addition, we will continue to develop and order pilots, all of which will help strengthen a robust year-round season.”

The drama continues midseason as James Spader and “The Blacklist” return for the 10th season of the beloved stalwart series, along with second seasons for a pair of comedy hits, “American Auto” and “Grand Crew,” which reached more than 24 million and 17 million viewers, respectively, across U.S. viewing platforms this year. Also joining the lineup is the debut of “Night Court,” a sequel to the beloved legal sitcom with John Larroquette reprising his role as D.A. Dan Fielding and starring Melissa Rauch as Judge Abby Stone.

The world of unscripted competition is red hot for midseason and summer with a pair of competition imports: new game show “The Wheel,” hosted by comedian Michael McIntyre and based on a smash hit UK format, features contestants aiming to win big with the help of celebrity guests playing on a giant spinning wheel, and Dutch format “Million Dollar Island,” which will feature 100 contestants who attempt to forge friendships and build alliances as they plot to stay on a remote desert island for up to 50 days and compete to win their share of the ultimate $1 million prize.

Returning competition favorites are also on the menu as Jimmy Fallon hosts celebrities for more musical fun and games in the second season of “That’s My Jam,” and viewer favorite “The Wall” returns to the party. Dick Wolf also enters the unscripted space with the docuseries “LA Fire and Rescue,” which follows the real-life heroes of the Los Angeles County Fire Department.

The fall schedule is preceded by an action-packed summer on NBC, where the network has ranked #1 in the key demo for nine consecutive years and #1 in total viewers for six years running. Season 17 of “America’s Got Talent” kicks things off in May along with new social media-inspired dance challenge “Dancing with Myself,” featuring Shakira, Nick Jonas and Liza Koshy. “American Ninja Warrior” is back to thrill fans in June for season 14 and in July an all-new season of “Who Do You Think You Are?” debuts with Allison Janney, Zachary Levi, Nick Offerman, Billy Porter, Zachary Quinto and Bradley Whitford. August sees the arrival of iconic game show “Password,” from Jimmy Fallon and hosted by Emmy Award-winning actress Keke Palmer, who will be joined by Fallon and a celebrity cast.

NBC has more shows in the top 20 than any other network in the key 18-49 demographic and finished the season #1 in the demo for the eighth time in nine seasons. The network is home to the #1 unscripted program “The Voice,” the #1 drama with “This Is Us,” and the #1 comedy with “Saturday Night Live.” “This Is Us” and “Saturday Night Live” are the #1 and #2 entertainment programs on broadcast in the demo. Additional late-night hits “The Tonight Show Starring Jimmy Fallon” and “Late Night with Seth Meyers” are both #1 in their time periods in the demo.

As part of NBC’s rolling pilot process, the following projects have been picked up to pilot with decisions yet to be made on series greenlights: “Blank Slate,” “Found,” “Irrational,” “Unbroken” and an untitled drama from Mike Daniels. With NBC’s 52-week scheduling strategy, these pilots – if picked up to series – could be possibilities for later in the 2022-23 season or could roll over to the 2023-24 season.

“LOPEZ VS. LOPEZ”
A working-class family comedy about dysfunction, reconnection and all the pain and joy in between.

“NIGHT COURT”
Unapologetic optimist judge Abby Stone, the daughter of the late Harry Stone, follows in her father’s footsteps as she presides over the night shift of a Manhattan arraignment court and tries to bring order to its crew of oddballs and cynics, most notably former night court prosecutor Dan Fielding.

Warner Bros. Television will produce in association with After January Productions and Universal Television, a division of Universal Studio Group.

“QUANTUM LEAP”
It’s been 30 years since Dr. Sam Beckett stepped into the Quantum Leap accelerator and vanished. Now a new team has been assembled to restart the project in the hopes of understanding the mysteries behind the machine and the man who created it.

Universal Television, a division of Universal Studio Group, will produce in association with I Have an Idea! Entertainment, Belisarius Productions and Quinn’s House Productions.

“MILLION DOLLAR ISLAND”
A high-stakes social experiment in which 100 contestants must forge friendships and build alliances as they plot to stay on a remote desert island for up to 50 days and compete to win their share of the ultimate $1 million prize. Upon arrival each contestant is given a bracelet worth $10,000. During their time on the island, contestants gain and lose bracelets through various challenges, but when a player leaves the island, they must choose who will receive their portion of the money. In this intense competition, the strength of your personal bonds are just as important as being the ultimate player.

“DOLLY PARTON’S MOUNTAIN MAGIC CHRISTMAS”
A modern-day movie musical about the making of a network TV special, “Dolly Parton’s Mountain Magic Christmas” is the frenetic backstage story and delightful on-camera results of Dolly’s desire to uplift an exhausted world’s spirits by sharing the unique “mountain magic” she has always found in and around Dollywood at Christmas. Throughout the movie’s production numbers and rehearsal chaos, Dolly finds herself taking a private journey into her past, guided by the mysterious appearances of her personal Three Wise Men. When it’s time for her big special to air live, a renewed and inspired Dolly goes rogue and shows the world that the real magic of Christmas lies in the hearts of the children we all once were, the realization that Christmas is about the people we share it with, and how her faith remains the common thread between Christmases past, present, and future.

What do you think? Which new or returning NBC shows do you plan to watch next season?

Well thanks for the heads up,I will not be watching another cop,detective,fireman show..I am tired of your violence and trauma..how about trying some comedy?? Something lighthearted. try an original idea and stop the remaking of old show ideas.

NBC comes in with 10 hours of actual programs. One hour better than ABC, but still pathetically low for a 7 day schedule.

Fine with the sports content, especially if it streams live on Peacock. But lose the “reality” dragonshit already. They own the Bravo & “E” channels, for Hell’s sake. Isn’t two channels that are 666% committed to horrible TV enough for them? Why pollute the network channel with that garbage?