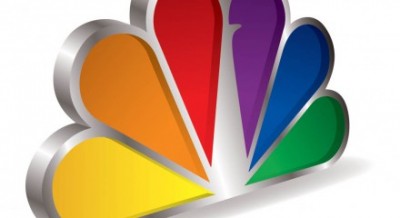 The peacock network has announced its plans for midseason, and they include the premieres of several new and returning series. New shows include America’s Got Talent: All Stars, Found, LA Fire and Rescue, Magnum PI (new to NBC), Night Court, and The Wheel. Kicking off new seasons will be American Auto, The Blacklist, Grand Crew, That’s My Jam, and The Voice.

NBC DELIVERS THE GOODS FOR MIDSEASON WITH RETURNING FAVORITES, A NEW JUDGE ON THE COMEDY CASE AND DRAMAS THAT INSPIRE AND CHARM

All Series Stream Next Day on Peacock

WEDNESDAYS – The Windy City Continues to Own Wednesdays with the Unrivaled Triple-Header of “Chicago Med,” Followed by “Chicago Fire” and Concluding with “Chicago P.D.”

UNIVERSAL CITY, Calif. – Nov. 7, 2022 – Following another Premiere Week win and a top-rated fall, NBC heads into 2023 with the launch of an all-new “Night Court,” the debuts of dramas “Found” and “Magnum P.I.” and an extension of the world’s most successful reality format with “America’s Got Talent: All-Stars.”

NBC heads into midseason as the #1 network in both total viewers and 18-49 demo in overall programming as well as being #1 in the demo in entertainment-only programming.

“Following another winning fall, we’re looking forward to a great January and beyond with a strong schedule that delivers on the return of many favorites coupled with fantastic new premieres,” said Frances Berwick, Chairman, Entertainment Networks, NBCUniversal Television and Streaming. “We continue to program with an eye toward a year-round schedule, constantly providing our audiences with new reasons to tune in and engage either live on NBC or stream next day on Peacock.”

“We can’t wait to share these terrific new series with our audience,” said Susan Rovner, Chairman, Entertainment Content, NBCUniversal Television and Streaming. “‘Found,’ from Greg Berlanti and Nkechi Okoro Carroll, is a stellar addition to our drama lineup while ‘Magnum, P.I.’ comes to us with a passionate fanbase already in place that we intend to nourish. On the comedy side, having John Larroquette and Melissa Rauch co-star in an updated ‘Night Court’ is a dream come true, and our critically acclaimed comedy ‘American Auto’ is back with its hilarious and ironic look at corporate America. Add “AGT: All-Stars” to that mix and it’s a great start to the new year.”

Sunday, Feb. 19 will mark the premiere date for the broadcast return of “Magnum, P.I.” and series premiere of “Found,” starring Shanola Hampton and from executive producer Greg Berlanti. “Magnum P.I.,” starring Jay Hernandez as the suave title character, will be beginning its fifth season. A week later on Feb. 26 will be the Season 10 premiere of “The Blacklist,” the ultra-compelling drama starring Emmy Award winner James Spader as Red Reddington.

In addition to their curated linear timeslots, all shows will be available to stream on Peacock.

Previously announced shows that have been ordered to series but not yet dated include “Grand Crew,” “The Wheel” and “L.A. Fire and Rescue.”

Unapologetic optimist judge Abby Stone, the daughter of the late Harry Stone, follows in her father’s footsteps as she presides over the night shift of a Manhattan arraignment court and tries to bring order to its crew of oddballs and cynics, most notably former night court prosecutor Dan Fielding.

Warner Bros. Television produces in association with After January Productions and Universal Television, a division of Universal Studio Group.

“Magnum P.I.” is a modern take on the classic series centering on Thomas Magnum, a decorated former Navy SEAL who, upon returning home from Afghanistan, repurposes his military skills to become a private investigator. A charming rogue, an American hero and a die-hard Detroit Tigers fan, Magnum lives in a guest cottage on Robin’s Nest, the luxurious estate where he works as a security consultant to supplement his P.I. business. The “majordomo” of the property is Juliet Higgins, a beautiful and commanding disavowed MI:6 agent whose second job is to keep Magnum in line, with the help of her two Dobermans. When Magnum needs back up on a job, he turns to his trusted buddies and fellow POW survivors Theodore ‘TC’ Calvin, a former Marine chopper pilot who runs Island Hoppers, a helicopter tour business, and Orville “Rick” Wright, a former Marine door-gunner-turned-impresario of Oahu’s coolest nightclub and the most connected man on the island. With keys to a vintage Ferrari in one hand, aviator sunglasses in the other, and an Old Düsseldorf longneck chilling in the fridge, Thomas Magnum is back on the case!

In any given year, more than 600,000 people are reported missing in the U.S. More than half that number are people of color that the country seems to forget about. Public relations specialist Gabi Mosely (series star and producer Shanola Hampton) – who was once herself one of those forgotten ones – and her crisis management team now make sure there is always someone looking out for the forgotten missing people. But unbeknownst to anyone, this everyday hero is hiding a chilling secret of her own.

“America’s Got Talent: All-Stars,” a new extension of the powerhouse hit series featuring winners, finalists, fan favorites and viral sensations from previous seasons of “America’s Got Talent” and “Got Talent” franchises around the world. The contestants will take the stage once again, but this time to compete for the ultimate All-Star title.

With more than 70 local versions of “Got Talent” produced across Europe, Asia Pacific, the Middle East, Africa and the Americas, “AGT: All-Stars” brings together the most beloved and memorable contestants from across the globe for one of the toughest competitions yet. The best of the best will return to the stage to showcase their talent in hopes of being crowned the first-ever winner of “AGT: All-Stars.”

The “Got Talent” format has had more than a billion global viewers since it began airing in 2006 in America and has aired in 194 territories worldwide. “Got Talent” holds the Guinness World Records title as the Most Successful Reality Television Format.

Dang. They are putting everything on Tuesday Nights. First 9-1-1 Lone Star. Now The Rookie And The Rookie: Feds