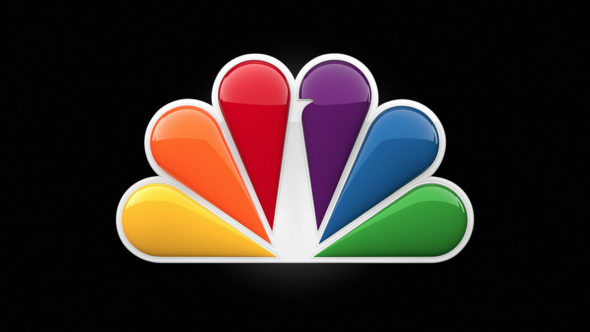 The peacock network has announced additional premiere dates for its early 2022 schedule. Several comedy shows will have special airings in December ahead of their “official” season launches in 2022. Both dates have been listed below.

Here’s additional information about the new shows, as well as details about the upcoming NBC schedule:

The Sixth and Final Chapter of “This Is Us” Begins Tuesday, Jan. 4

MONDAYS – “Kenan” Kicks off the New Year with Back-to-Back Episodes Mondays at 8 and 8:30 P.M., Followed by the Debut of Jimmy Fallon’s Music and Comedy Variety Game Show “That’s My Jam” at 9 P.M. and Fall Drama “Ordinary Joe” at 10 P.M.; In February at 8 P.M. “American Song Contest” Brings the Eurovision Musical Phenomenon to America, Leading into High-Stakes Thriller “The Endgame” at 10 P.M.

TUESDAYS – A One-Two Punch of New Laughs Starts the Night as “American Auto” and “Grand Crew” Make Their Time Period Debut Beginning at 8 P.M. and Setting the Stage for the Sixth and Final Chapter of Beloved Drama “This Is Us” in its Traditional Timeslot at 9 P.M., Followed by the Return of “New Amsterdam” at 10 P.M.; In March, Renée Zellweger’s True-Crime Inspired Sensation “The Thing About Pam” Bows at 10 P.M. and Later that Month, Fan-Favorites “Young Rock” and “Mr. Mayor” Return at 8 P.M. and 8:30 P.M.

WEDNESDAYS – The Windy City Continues to Own Wednesdays with the Unrivaled Triple-Header of “Chicago Med”, Followed by “Chicago Fire” and Concluding with “Chicago P.D.”

THURSDAYS: A Second Night of Drama Features a Trio of Returning Hits, Led By “The Blacklist” at 8 P.M., Followed by “Law & Order: SVU” and Capped Off by “Law & Order: Organized Crime” at 10 P.M.; Beginning in February, Dick Wolf Fans Will Rejoice as the Legendary “Law & Order” Returns After a Decade-Long Hiatus to Kick Off the Night at 8 P.M.

FRIDAYS: Friday’s #1 Newsmagazine “Dateline NBC” Returns in January at 9 P.M., and in February “The Blacklist” Returns to Its Friday Timeslot to Kick Off the Night at 8 P.M.
LOS ANGELES – Nov. 12, 2021 – Riding the momentum of a record-breaking premiere week and top-rated fall, NBC rings in the new year with a prestigious lineup of new series and returning favorites, all amplified by the spectacle of the Super Bowl and Winter Olympics.

In a season that finds NBC #1 in total viewers and #1 in 18-49 for entertainment programming, the upcoming schedule features a pair of freshman comedies, a trio of gripping new dramas and a duet of big new unscripted series, along with the final chapter of the award-winning series “This Is Us.”

“Our goal in the fall was to engage and grow the NBC audience with hallmark dramas, building momentum through the holidays and into the Olympics, all of which will work in concert to provide the best possible launch pads for our new and returning midseason shows,” said Frances Berwick, Chairman, Entertainment Networks, NBCUniversal Television and Streaming. “After a premiere week win and tremendous success this season to-date, we’re well-primed to deliver on that promise and continue this winning trend through the remainder of the season.”

“Following a fall that launched a pair of dramas and saw huge success from so many returning series, we’re excited to really pull back the curtain in January with big swings across genres that provide something for everyone,” said Susan Rovner, Chairman, Entertainment Content, NBCUniversal Television and Streaming. “Over the past year, our programming team has been vigorously chasing down the best content out there, and it’s really exciting to start to see some early fruits of our labor join the longtime fan favorites on the NBC schedule.”

Jan. 4 will also see the return of the award-winning “This Is Us,” which heads into its sixth and final season as the #1 broadcast drama in the 18-49 demographic.

A trifecta of returning comedies will also debut in 2022 with “Kenan” doing double duty on Monday nights starting Jan. 3, and pair of hits in “Young Rock” and Mr. Mayor” coming back for their own second seasons following the Olympics on March 15.

The conclusion of the Olympics will also usher in bold new dramas, including the gripping heist series “The Endgame” on Feb 21 and the flagship “Law & Order” on Feb. 24, which will return to the air after a decade for its 21st season with its now iconic classic format. On Tuesday, March 8 “The Thing About Pam” joins the schedule. A six-episode limited series inspired by some of the most popular episodes of “Dateline NBC,” the true-crime inspired drama is produced by Blumhouse Television, NBC News Studios and Big Picture Co. and stars Renée Zellweger. On April 19, following the six-episode run of “The Thing About Pam,” “New Amsterdam” will return to the Tuesday 10 p.m. timeslot through the end of its season.

A duet of unscripted series will also hit the stage midseason, beginning Jan. 3 when Jimmy Fallon expands his network footprint onto the primetime schedule as the executive producer and host of music and comedy variety game show “That’s My Jam.” Then on Feb. 21, the all-live event series “American Song Contest” debuts, featuring original musical performances representing all 50 states, five U.S. territories and our nation’s capital, with artists competing to win the country’s vote for the Best Original Song in a grand spectacle.

Amidst an ever-increasing competitive TV landscape, NBC has maintained a winning fall, as home to eight of the top 20 programs in the key 18-49 demo, the most of any network. “Saturday Night Live” is the #1 comedy in the demo and “La Brea” is the #1 new program. Perennial powerhouse “The Voice” is the most-watched unscripted series.

In addition to their curated linear timeslots, all new shows will be available to stream on Peacock.

Previously announced shows that have been ordered to series but not yet dated include “The Wheel” “L.A. Fire and Rescue,” “AGT Extreme” and “Night Court.”

*Note: “The Thing About Pam” is a six-episode limited series, after which on April 19 “New Amsterdam” will return to this timeslot.

AMERICAN AUTO
From the creator of “Superstore” comes a new workplace comedy that takes the wheels off the automobile industry. Set in Detroit, the corporate executives of Payne Motors are at a crossroads: adapt to the changing times or be sent to the junkyard. Shaking things up is the new CEO, whose leadership, experience and savvy is only slightly offset by her complete lack of knowledge about cars. Luckily, her team has some of the best minds in the business – when they aren’t fighting or trying to outwit each other. From the corporate office to the factory floor, the crew of Payne Motors is driving home the laughs.

GRAND CREW
From Phil Augusta Jackson (Writer/Producer/Director, “Brooklyn Nine-Nine”) and Dan Goor (Creator, “Brooklyn Nine-Nine”) comes a new comedy that proves life is better with your crew. This group of young professionals are all trying to navigate the ups and downs of life and love in Los Angeles – and they always find time to gather at their favorite bar to “wine down” and unpack it all. There’s Noah, a hopeless romantic eager to settle down; Nicky, a go-getter in real estate who’s adventurous in romance; Sherm, a low-key genius who plays the dating odds; Anthony, whose true love is his career; Wyatt, who’s relieved to be married and out of the dating scene; and Fay, who’s recently divorced and looking to start fresh in LA. And just like wine, their friendship gets better with time.

THE ENDGAME
A pulse-pounding high-stakes two-hander about Elena Federova, a recently captured international arms dealer and brilliant criminal mastermind who orchestrates a number of coordinated bank heists throughout New York City for a mysterious purpose. Her antagonist is Val Turner, the principled, relentless and socially outcast FBI agent who will stop at nothing to foil her ambitious plan. The gripping heist drama reveals how far some people will go for love, justice and the most valuable commodity in the world: the truth.

LAW & ORDER
NBC is bringing back one of its most treasured and honored dramas with the 21st season of “Law & Order.” The series, which will continue the classic bifurcated format that was created for its original run, will once again examine “the police who investigate crime and the district attorneys who prosecute the offenders.”

“Law & Order” is executive produced by Dick Wolf, Rick Eid, Arthur Forney and Peter Jankowski. The series will be produced by Universal Television, a division of Universal Studio Group, in association with Wolf Entertainment.

THE THING ABOUT PAM
NBC’s “The Thing About Pam” is based on the 2011 murder of Betsy Faria that resulted in her husband Russ’s conviction, although he insisted he didn’t kill her. His conviction was later overturned. This brutal crime set off a chain of events that would expose a diabolical scheme deeply involving Pam Hupp. A thorough examination of the scheme was featured on several episodes of “Dateline NBC,” becoming one of the most popular topics to ever air on the hit NBC franchise. It also became the subject of a popular 2019 podcast, “The Thing About Pam,” which remains one of the most downloaded podcasts on iTunes.

AMERICAN SONG CONTEST
America’s biggest live entertainment event has arrived! Based on the worldwide phenomenon “Eurovision Song Contest,” organized for 65 years by the European Broadcasting Union and watched by 200 million viewers annually, this amazing musical spectacular combines the competitive spirit of rooting for your favorite sports team with the joy of watching a beloved singing performance. “American Song Contest” will feature live original musical performances – representing all 50 states, five U.S. territories and our nation’s capital – competing to win the country’s vote for the Best Original Song. An incredible solo artist, duo or a band will represent each location and perform a new original song, celebrating the different styles and genres across America. The live competition consists of three rounds as the acts compete in a series of Qualifying Rounds, followed by the Semi Finals and the ultimate Grand Final where one state or territory will emerge victorious.

THAT’S MY JAM
Hosted by Jimmy Fallon, “That’s My Jam” is an hourlong music and comedy variety game show that draws inspiration from the most popular “Tonight Show” games. Each episode features two teams of two celebrities competing for a charity of their choice in a series of music, dance, and trivia-based games and musical performances. Signature games to be played include “Launch the Mic,” “Air Guitar,” “Don’t Drop the Beat,” “Perfect Mash-Up,” “Wheel of Impossible Karaoke,” “Slay It, Don’t Spray It” and many more.

“That’s My Jam” is executive produced by Jimmy Fallon, Jim Juvonen and Mike Yurchuk. The series will be produced by Universal Television Alternative Studio, a division of Universal Studio Group, in association with Electric Hot Dog.

What do you think? Which new or returning NBC TV shows do you plan to watch in 2022?

We can only hope that the revived Law & Order doesn’t fall prey to the same Dick Wolf wokeness and incredibly poor writing that has made SVU, the Chicago franchise and the FBI franchise unwatchable.
Maybe these types of shows just belong in another era that has long since passed.