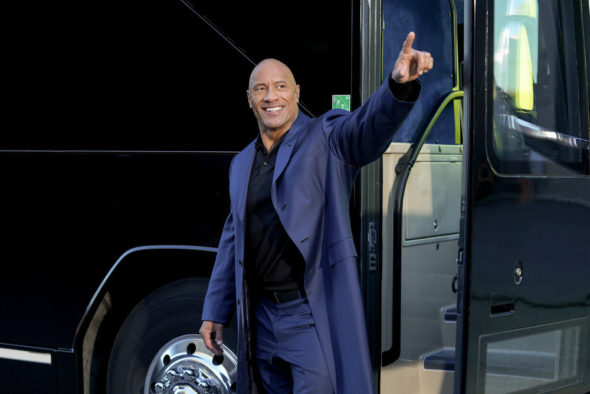 Viewers will get to learn more about The Rock’s early years next season. NBC has renewed the Young Rock TV series for a second season.

A comedy series, the Young Rock stars Dwayne “The Rock” Johnson, Joseph Lee Anderson, Stacey Leilua, Adrian Groulx, Bradley Constant, Uli Latukefu, Ana Tuisila, Fasitua Amosa, and John Tui. The TV show is based upon the life of Johnson, a professional wrestler and actor. In addition to the real Johnson talking about his lifetime of memories from the year 2032, stories are told through his experiences at three different points. At age 10, Dwayne (Groulx), aka Dewey, is honest, headstrong, impressionable, and bold. At age 15, Dwayne (Constant) is doing his best to fit in like a normal teenager but puberty has other ideas. His size and full mustache have his classmates convinced he’s an undercover cop. Then, at age 18-20, Johnson (Latukefu) has just been recruited to play football on a full scholarship at the powerhouse University of Miami. Though he has amazing physical abilities, a devastating injury his freshman year puts his life at a crossroads.

Airing on Tuesday nights, the first season of Young Rock averages a 0.63 rating in the 18-49 demographic and 3.10 million viewers. The 11 episode season wraps up next week.

The network has also renewed fellow first-year comedy Kenan for a second year. “It has been a true joy to watch Dwayne Johnson & Kenan Thompson on NBC every week and see families connect with their relatable, entertaining and heartwarming stories,” said Lisa Katz, President, Scripted Programming, NBCUniversal Television and Streaming. “We’re thrilled to renew both of these shows for another season and can’t wait to see more from Dwayne, Kenan and the incredibly talented casts and producing teams behind each of them.”

What do you think? Have you enjoyed the Young Rock TV series on NBC? Are you glad that it’s been renewed for a second season?

My husband and I like very few regular TV shows, but we truly enjoyed Young Rock ! Glad to know it’s been renewed for another season.

I enjoy watching Young Rock , and all the other wrestlers that were part of his career. Great show !

I’m enjoying Young Rock. The Rock has talent has an athlete, a action and comedic actor. The stories about his family, even if remotely factual, are hilarious!

Happy to hear Young Rock is being renewed for Season 2. I like DJ, and this is a fun way to learn his story.

By far the best new show. I tell everyone about it.