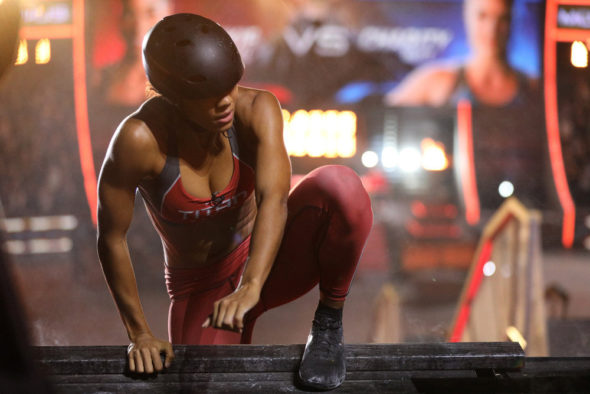 Has NBC already renewed The Titan Games? According to On Camera Audiences, the Dwayne “The Rock” Johnson series has already filmed two seasons.

Hosted by Dwayne “The Rock” Johnson, the obstacle course TV show features men and women confronting the contest’s Mount Olympus, in hopes of conquering it and becoming a Titan.

Per On Camera Audiences, NBC has already held 29 filming sessions of The Titan Games. However, season one contains only 10 episodes. What’s more, the site encourages visitors to “Sign up now and we will notify when tickets are released for season 3!”

NBC has not announced a season two renewal for The Titan Games but, given the number of tapings, it seems that a second season has already been filmed. The series’ debut ratings were also very positive so, it seems unlikely that the network will regret the decision to film two seasons back to back.

What do you think? Have you seen The Titan Games? Would you watch a second season?

Absolutely loved the show.i was addicted to it anxious for the next show..awesome

YES! I am looking forward for the second season of the Titans Game with the Rock!

Yes I would watch the second season. I really like the show and wondering when it was coming back.

Please bring back the Titan games, this show brings out some of the best athletes who are every day people. Showing what can be accomplished with hard work & detection. The level of competition & sport men ship is something that can’t be found anywhere else on television. As hard as the athletes compete, when it’s over the first thing they do is go congratulate the other competitor for giving it everything they have & not quitting. This is the kind of sports men ship young athletes should be proud to watch & follow.

Please bring back The Titan Game I Love that show

I went to one of the tapings for the show and it was not a full episode, due to the time it took to change out the events it was more like parts of multiple shows. It is entirely possible that the 29 tapings resulted in just the 9 episodes from the first season.

We are thrilled that Titan Games will be back in TV

One of the best shows I’ve seen. I love this show…I would also watch as many seasons ad you can make to infinity. Excellent sjow

I would watch every season it does. 1 – infinity. Great show.

Please please please bring back Dwayne Johnson”s “The Titans” because it was an awesome challenge of strength and endurance. It was much different from the other similar shows. I truly enjoyed it.