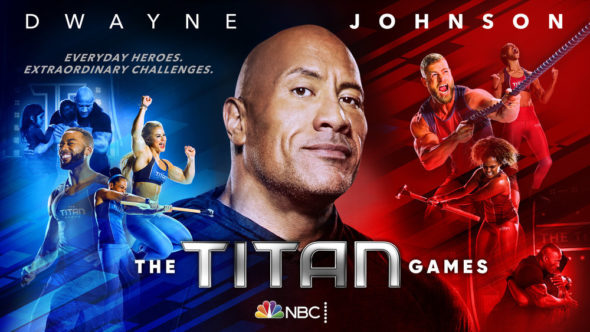 The Rock has had some blockbuster movies in the theaters but his Titan Games TV show wasn’t a blockbuster in the ratings last year. This NBC series is changing the format a bit in season two. Will the changes cause the ratings to rise or, will the numbers fall even lower? Will The Titan Games be cancelled or renewed for season three? Stay tuned. *Status update below.

An athletic competition, The Titan Games is hosted by executive producer Dwayne “The Rock” Johnson. Sports and entertainment journalist Cari Champion and Alex “Golden Boy” Mendez provide commentary. In season two, the competition has a new format with regional brackets and the addition of Professional Athlete Titans representing each region. Competitors from a regional division compete in a best of three competition. The winner moves on to battle a Pro-Athlete Titan on Mt. Olympus, the consummate athletic test of speed, strength, agility, and endurance.

8/11 update: You can see the latest night’s ratings in context.

For comparisons: Season one of The Titan Games on NBC averaged a 1.29 rating in the 18-49 demographic and 5.02 million viewers.

What do you think? Do you like The Titan Games TV series on NBC? Should it be cancelled or renewed for a third season?

*Status update: The last episode of The Titan Games aired in August 2020, so the NBC series is presumed to have been cancelled.