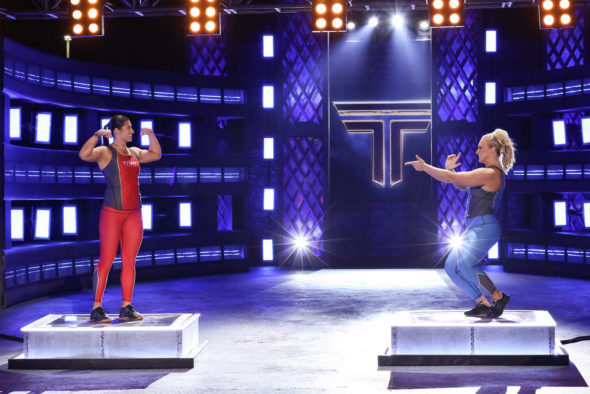 How motivating is the first season of The Titan Games TV show on NBC? As we all know, the Nielsen ratings typically play a big role in determining whether a TV show like The Titan Games is cancelled or renewed for season two. Unfortunately, most of us do not live in Nielsen households. Because many viewers feel frustration when their viewing habits and opinions aren’t considered, we’d like to offer you the chance to rate all of The Titan Games season one episodes here.

An NBC sports competition series, The Titan Games was created by Dwayne “The Rock” Johnson, who hosts the series. Sports and entertainment journalist Cari Champion serves as field reporter, with Liam McHugh and Alex “Golden Boy” Mendez providing color commentary. Each episode features men and women confronting the contest’s Mount Olympus, in hopes of conquering it and becoming a Titan. At the end of the season, the Titans return and compete against each other, with just one man and one woman being crowned the Titan Champion and winner of a large cash prize.

What do you think? Which season one episodes of The Titan Games TV series do you rate as wonderful, terrible, or somewhere between? Should NBC cancel or renew The Titan Games for a second season? Don’t forget to vote, and share your thoughts, below.

Really didn’t think I would enjoy this show, but like to check out new things. WOW, I was hooked and enjoyed every show with my family. The whole thing was just great and united us all in conversation. Keep it going.

Absolutely love this show! Haven’t been this motivated to work out in a long time. Please bring us a season 2!