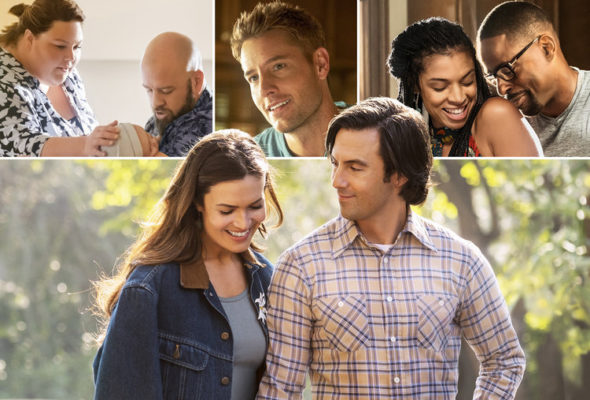 How strong is this family? Has the This Is Us TV show been cancelled or renewed for a sixth season on NBC? The television vulture is watching all the latest cancellation and renewal news, so this page is the place to track the status of This Is Us, season six. Bookmark it, or subscribe for the latest updates. Remember, the television vulture is watching your shows. Are you?

The fifth season of This Is Us averaged a 1.01 rating in the 18-49 demographic and 5.58 million viewers. Compared to season four, that’s down by 31% in the demo and down by 19% in viewership. Find out how This Is Us stacks up against other NBC TV shows.

Will NBC cancel or renew This Is Us for season six? In 2019, the network renewed this series for three seasons so we already know it will be back for a sixth season. How long will the show continue beyond that? I’ll update this page with breaking developments. Subscribe for free alerts on This Is Us cancellation or renewal news.

What do you think? Are you glad that the This Is Us TV show has been renewed for a sixth season? How would you feel if NBC had cancelled this TV series, instead?

I would be devastated if this is us does not come back as a sixth series. I absolutely loved this show. Can’t wait for it to come back

I still hope that NBC will renewal This Is Us for the new season.