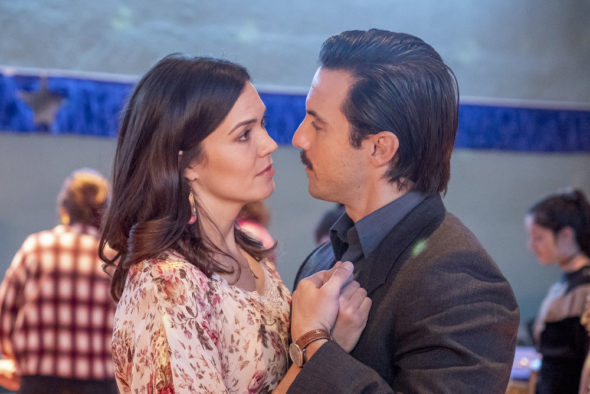 To no surprise, NBC has renewed its popular This Is Us TV show for a fourth season for 2019-20. But wait, there’s more. The network has also renewed the program for a fifth season in 2020-21, and a sixth in the 2021-22 season. What’s not clear is whether the Pearsons’ saga will end there. Last month, creator Dan Fogelman said that the season three finale marked the drama’s midpoint.  This three season renewal seems to reinforce that idea.

Fogelman marked the three-year renewal on Twitter. Check it out.

Three years ago, we were live tweeting the premiere of our TV show, hoping someone, anyone might watch…

Today our friends at @nbc picked up #ThisIsUs for THREE more seasons, bringing us to six. pic.twitter.com/0osA6XBUYc

This Is Us: A Look at the Ratings

While the show has lost some steam, in the demo category, it remains the highest-rated TV series of NBC’s 2018-19 season.

What do you think? Are you still watching the This Is Us TV show on NBC? Do you think that the network made a smart move renewing this series for season four, season five, and season six?

[Cindy McLennan contributed  to  this report.]

I love this series! It is so close to the real deal! Just started season 4 and looking forward to more! Keep them coming!!!

This show cbrcsme do bad. NBC person who renewed it for 3 Yesrs should be fired immediately if not already

I was late to jump on the This is Us bandwagon. I’ve been binge watching it as i recover from Achilles surgery. I am officially hooked! The writing is amazing and the acting is even better. I am so happy that it got picked up for 3 more seasons! I can’t wait for season 4!

Season 1 was good, but it went downhill after that and I stopped watching.

I wish this show would be cancelled. It’s very boring

Then don’t watch it. A lot of other people love it.