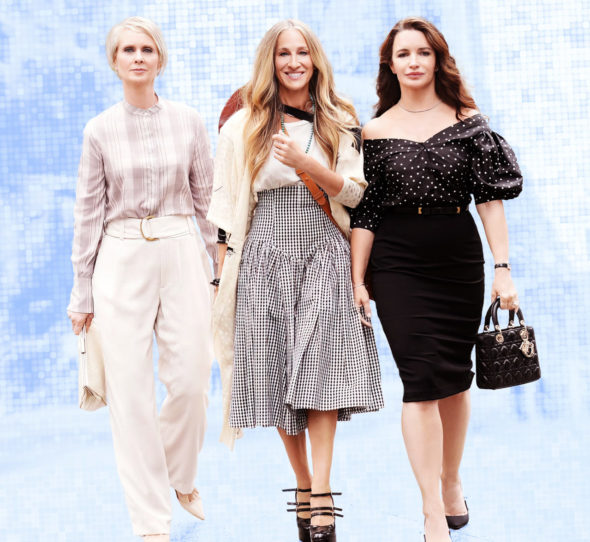 And Just Like That … has a premiere date. HBO Max revealed to viewers excited about the upcoming Sex and the City sequel that the series will debut next month. Starring Sarah Jessica Parker, Kristin Davis, and Cynthia Nixon, the series follows the ladies as they deal with life in their 50s. They will be joined by Sara Ramírez, Sarita Choudhury, Nicole Ari Parker, Karen Pittman, Chris Noth, Mario Cantone, David Eigenberg, Willie Garson, and Evan Handler.

HBO Max revealed the following about the plot of the sequel series:

The eight-episode season of And Just Like That … arrives on December 9th. Check out a preview for the upcoming series below.

What do you think? Are you planning to check out And Just Like That … next month on HBO Max?

HBO Max series are too agendas filled for me. And I used to adore the original series…

Look forward to seeing it great clAssic sitcom HBO it’s about time. Enjoy it and love it. Please reconsider in boost your ratings so good.

Do you know if it’s going to air on the hbo channel or just the streaming service?

They haven’t announced any plans to air it on the HBO channel, just the HBO Max streaming service.

Well, that sucks. There app doesn’t work on my tv in the front room… My tv is only 3 years old and there app only works on lgtv’s from the last 2years.