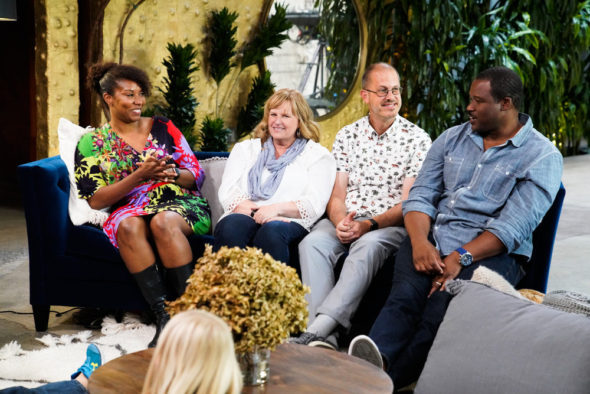 Will this social experiment series pay off? Has the Home Sweet Home TV show been cancelled or renewed for a second season on NBC? The television vulture is watching all the latest cancellation and renewal news, so this page is the place to track the status of Home Sweet Home, season two. Bookmark it, or subscribe for the latest updates. Remember, the television vulture is watching your shows. Are you?

Airing on the NBC television network, the Home Sweet Home TV show was created by Ava DuVernay. Episodes pull back the curtain on families from varying backgrounds who lead very different lives. These families learn what it is like to walk a mile in another person’s shoes, challenging racial, religious, economic, geographic, gender, and identity assumptions. Participants exchange homes for a week and experience the lives of those who are unlike them. At the end of each episode, the two families reunite to communicate and share their eye-opening experiences.

The first season of Home Sweet Home averages a 0.19 rating in the 18-49 demographic and 1.35 million viewers in the live+same day ratings (including DVR playback through 3:00 AM). While these numbers don’t include further delayed or streaming viewing, they are a very good indicator of how a show is performing, especially when compared to others on the same channel. There can be other economic factors involved in a show’s fate, but typically the higher-rated series are renewed and the lower-rated ones are cancelled. Find out how Home Sweet Home stacks up against other NBC TV shows.

Will NBC cancel or renew Home Sweet Home for season two? None of the other networks have a show like this one, it seems inexpensive to produce, and it airs on Friday nights when ratings expectations are lower. However, the show’s viewership is quite low so I’m not expecting a renewal. I’ll update this page with breaking developments. Subscribe for free alerts on Home Sweet Home cancellation or renewal news.

11/12/2021 update: NBC has pulled the series but new episodes are being released via the Peacock streaming service (free and paid).

What do you think? Do you hope that the Home Sweet Home TV show will be renewed for a second season? How would you feel if NBC cancelled this TV series, instead?