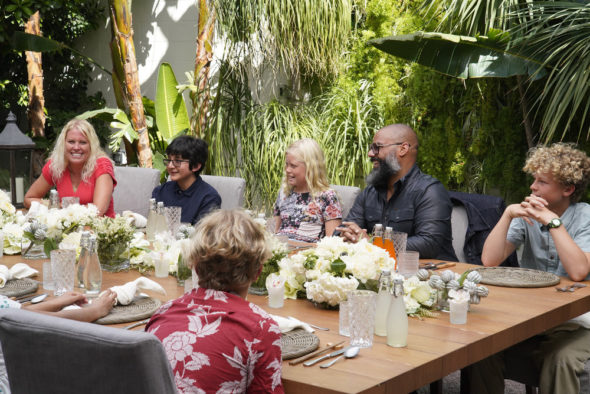 Will anyone be completely embarrassed in the first season of the Home Sweet Home TV show on NBC? As we all know, the Nielsen ratings typically play a big role in determining whether a TV show like Home Sweet Home is cancelled or renewed for season two. Unfortunately, most of us do not live in Nielsen households. Because many viewers feel frustrated when their viewing habits and opinions aren’t considered, we invite you to rate all of the first season episodes of Home Sweet Home here. *Status update below.

An NBC family social experiment series, the Home Sweet Home TV show was created by Ava DuVernay. Episodes pull back the curtain on families from varying backgrounds who lead very different lives. These families learn what it is like to walk a mile in another person’s shoes, challenging racial, religious, economic, geographic, gender, and identity assumptions. Participants exchange homes for a week and experience the lives of those who are unlike them. At the end of each episode, the two families reunite to communicate and share their eye-opening experiences.

What do you think? Which season one episodes of the Home Sweet Home TV series do you rate as wonderful, terrible, or somewhere between? Do you think that Home Sweet Home should be cancelled or renewed for a second season on NBC? Don’t forget to vote, and share your thoughts, below.

*11/12/2021 update: NBC has pulled the series but new episodes are being released via the Peacock streaming service (free and paid).