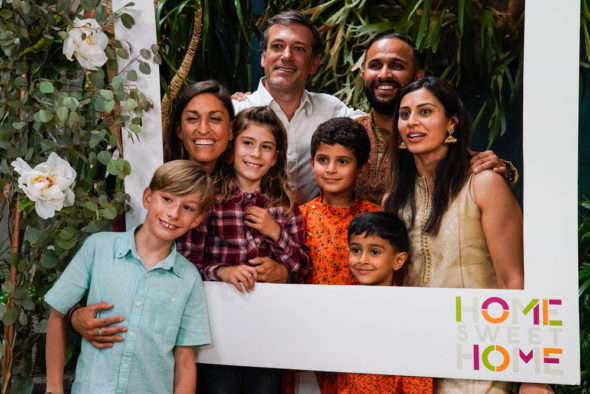 The Peacock network is making an abrupt change to its Friday night schedule. NBC has pulled the Home Sweet Home series effective immediately. For the immediate future, new episodes of The Wall will fill the Fridays at 8:00 PM timeslot.

A family social experiment series, the Home Sweet Home TV show was created by Ava DuVernay. Episodes pull back the curtain on families from varying backgrounds who lead very different lives. These families learn what it is like to walk a mile in another person’s shoes, challenging racial, religious, economic, geographic, gender, and identity assumptions. Participants exchange homes for a week and experience the lives of those who are unlike them. At the end of each episode, the two families reunite to communicate and share their eye-opening experiences.

The show debuted on October 15th and four episodes have aired thus far. To date, the first season has averaged a 0.19 rating in the 18-49 demographic with 1.35 million viewers in the live+same day ratings. In the live+7 day ratings, the show’s numbers didn’t get much better, averaging just a 0.21 in the demo and 1.52 million with delayed viewing added in. It’s the peacock’s lowest-rated series of the season.

Home Sweet Home hasn’t been officially cancelled and NBC may get around to airing the remaining episodes at some point. (*See update below.) That said, it’s highly unlikely that the network will be ordering a second season.

Hosted by Chris Hardwick, The Wall will be resuming its fourth season and NBC is believed to have four unaired episodes. The network reportedly ordered 20 installments and 16 aired during the 2020-21 season. The game show has yet to be renewed for a fifth year.

What do you think? Are you sorry to hear that Home Sweet Home has been pulled from the schedule? Are you hoping that it returns to NBC someday?

*11/12/2021 Update: New episodes are being released on the Peacock streaming service so it’s not expected that NBC will air them. That said, perhaps Peacock will renew the show.

We just found this series on Hulu,as we don’t have cable, and we love it. Wish there were more episodes!! We felt it was a wonderful way to experience diversity and understanding!

I never watched this. Sounds like the idea may have been born from Wife Swap.

I really enjoyed home sweet home. So disappointed it’s not on!!!

Yes!!! I am extremely disappointed by the cancellation of Home Sweet Home! I have been looking for the next episodes
Please tell me the show will return.

So happy to hear it was canceled. I used to love Wife Swap, but I’m getting tired of all the politically correct/diversity/inclusion junk we see now. Everything has an agenda. I was excited to watch Baking It tonite but turned it off after 10 minutes for the same reasons.

We need more beautiful shows like this to educate narrow mind people. This is why America is so divided and broken. Shows like this is a direction of much needed HEALING and EDUCATION.

This was a beautiful show, which I’ve referred to many friends and family. In these divisive times, we need a show like “Home Sweet Home,” not more shallow game shows like “The Wall.” NBC/Peacock should be ashamed of themselves for pulling it!