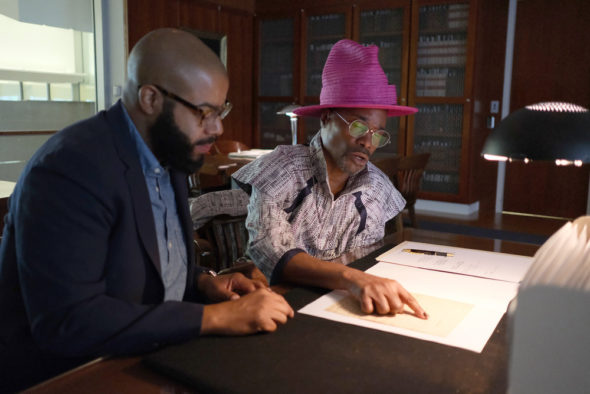 Sometimes, you can come home again. Has the Who Do You Think You Are? TV show been cancelled or renewed for a 12th season on NBC? The television vulture is watching all the latest cancellation and renewal news, so this page is the place to track the status of Who Do You Think You Are?, season 12. Bookmark it, or subscribe for the latest updates. Remember, the television vulture is watching your shows. Are you?

Airing on the NBC television network, the Who Do You Think You Are? TV show returns to the network after 10 years. Each week, a different celebrity guest goes on a poignant search to trace their family tree with the help of genealogists, historians, and experts. Together, they unlock past mysteries and unbelievable real-life stories across the world and through time. Cutting-edge research tools and billions of digitized records provide remarkable insights into the star’s background and illustrate the cultural mosaic that connects us all together. This season features Allison Janney, Zachary Levi, Nick Offerman, Billy Porter (above, right), Zachary Quinto, and Bradley Whitford.

The 11th season of Who Do You Think You Are? averages a 0.18 rating in the 18-49 demographic and 1.74 million viewers (includes DVR playback through 3:00 AM). While these numbers don’t include further delayed or streaming viewing, they are a very good indicator of how a show is performing, especially when compared to others on the same channel. There can be other economic factors involved in a show’s fate, but typically the higher-rated series are renewed and the lower-rated ones are cancelled. Find out how Who Do You Think You Are? stacks up against other NBC TV shows.

Will NBC cancel or renew Who Do You Think You Are? for season 12? A decade ago, the network cancelled this series after three seasons. The economics of broadcast television have changed a lot over the years as more and more people shift to delayed viewing and streaming. Though the traditional ratings could be a lot better, I suspect this documentary series generates enough revenue to see it renewed, likely as a short-run annual “event”. I’ll update this page with breaking developments. Subscribe for free alerts on Who Do You Think You Are? cancellation or renewal news.

Who Do You Think You Are? Cancellation & Renewal Related Links

What do you think? Do you hope that the Who Do You Think You Are? TV show will be renewed for a 12th season? How would you feel if NBC cancelled this TV series again?