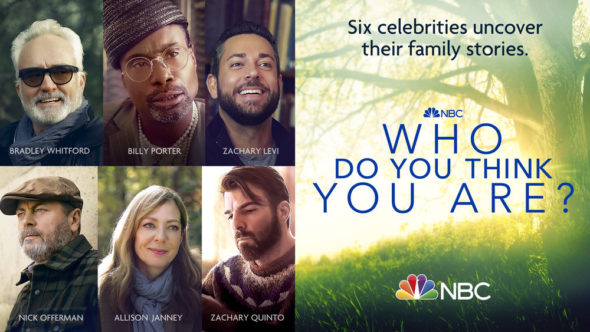 A documentary series from executive producers Lisa Kudrow and Dan Bucatinsky, the Who Do You Think You Are? TV show returns to the network after 10 years. Each week, a different celebrity guest goes on a poignant search to trace their family tree with the help of genealogists, historians, and experts. Together, they unlock past mysteries and unbelievable real-life stories across the world and through time. Cutting-edge research tools and billions of digitized records provide remarkable insights into the star’s background and illustrate the cultural mosaic that connects us all together. This season features Allison Janney, Zachary Levi, Nick Offerman, Billy Porter, Zachary Quinto, and Bradley Whitford.

What do you think? Do you like the Who Do You Think You Are? TV series on NBC? Should it be cancelled or renewed for a 12th season?