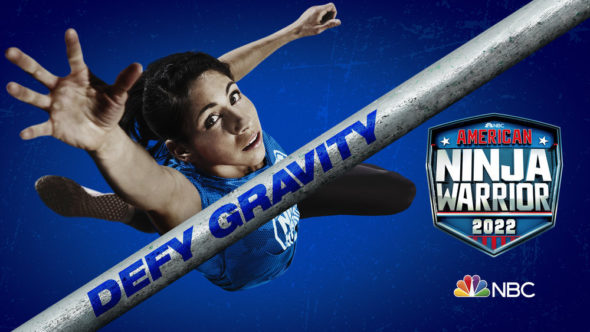 The American Ninja Warrior TV series has been a staple of the NBC schedule for more than a decade and it’s one of the peacock network’s best performers in the summer months. With a solid track record, is the series a lock for a 15th season renewal, or, could it still be cancelled? Stay tuned.

An obstacle course competition series, the American Ninja Warrior TV show is hosted by Matt Iseman and Akbar Gbajabiamila with Zuri Hall reporting from the sidelines. Over the run of the series, the obstacle courses continue to evolve and become even more challenging for competitors who now are as young as 15-years-old. To stay in the competition, contestants need to make it through the city qualifying rounds and semifinals. A top prize of $1 million goes to the winner that can conquer all four stages at the National Finals in Las Vegas.

6/28 update: You can see the latest night’s ratings in context.

For comparisons: Season 13 of American Ninja Warrior on NBC averaged a 0.50 rating in the 18-49 demographic and 3.32 million viewers.

What do you think? Do you like the American Ninja Warrior TV series on NBC? Should it be cancelled or renewed for a 15th season?