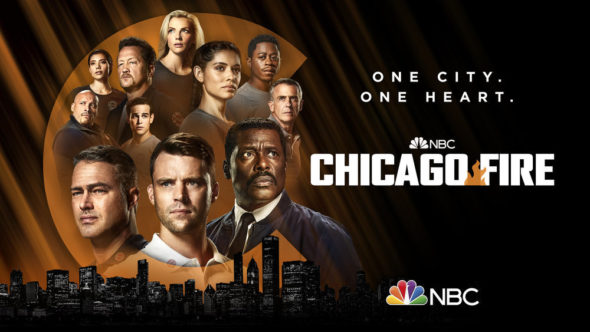 There’s no need to worry about Chicago Fire being cancelled right now since the Wednesday night drama has already been renewed through season 11. Could that be the final year for this NBC series or, will the ratings stay strong enough to keep it on the air for many years to come? Stay tuned.

For comparisons: Season nine of Chicago Fire on NBC averaged a 0.94 rating in the 18-49 demographic and 7.20 million viewers.

What do you think? Do you like the Chicago Fire TV series on NBC? Are you glad that it’s been renewed for an 11th season?

Please let us enjoy your ratings boost it too. I am loyal fan since series premiere so good enjoy it and love it. Never missed any episodes of it this.

Love Chicago Fire part of my favorite people in Chicago Fire are so wonderful people who great work hard good job together. I would love see Casey and Brett get married real together and they perfectly together so adorable love it.

Chicago fire is the best show on t.v. then chicago p.d. the best in years now on t.v.

I don’t know about the show now, I was really looking forward to Matt and Brent getting married and having a baby. Now Stella is off and don’t know when she is returning, they need to make Kelly happy now by marrying Stella. What the heck is wrong with the writers Chicago Firer is getting all messed up. Come on people get on track again.

I absolutely love all 3, but my favorites are Chicago Fire and Chicago PD. On Wednesday I watch all 3