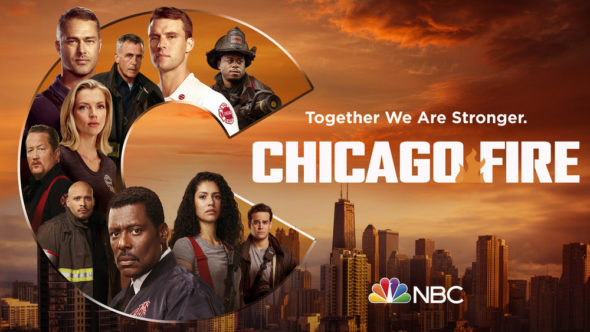 Almost all hot TV shows lose viewers over time and are eventually extinguished. Thankfully for fans of Chicago Fire, there’s no need to worry about this show being cancelled by NBC anytime soon. The firefighter drama series has already been renewed for seasons 10 and 11, through 2022-23. Could the peacock network’s executives end up regretting the multi-year renewal? Stay tuned.

For comparisons: Season eight of Chicago Fire on NBC averaged a 1.18 rating in the 18-49 demographic and 8.19 million viewers.

What do you think? Do you like the Chicago Fire TV series on NBC? Are you glad that it’s been renewed for a 10th season already?

I heard Severide’s leaving the show?
So many have left this show, why?

I hate this show. I cant change the channel gast enough when i come across it

Love this show so good enjoy it.