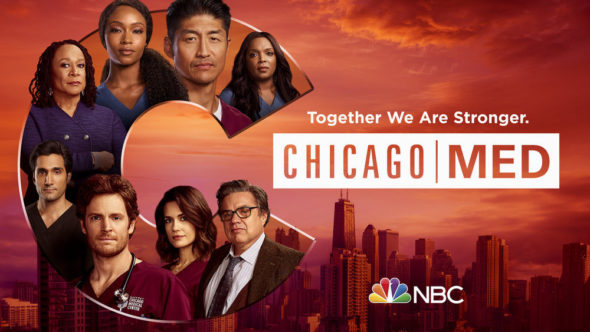 The Nielsen ratings can mean life or death for TV shows but, there’s no need to worry about Chicago Med being cancelled by NBC anytime soon. This Wednesday night series has already been renewed for seasons seven and eight, through 2022-23. Will the executives end up regretting the early renewals? Stay tuned.

For comparisons: Season five of Chicago Med on NBC averaged a 1.16 rating in the 18-49 demographic and 8.33 million viewers.

What do you think? Do you like the Chicago Med TV series on NBC? Are you glad that it’s been renewed for a seventh season already?

Have never liked this show