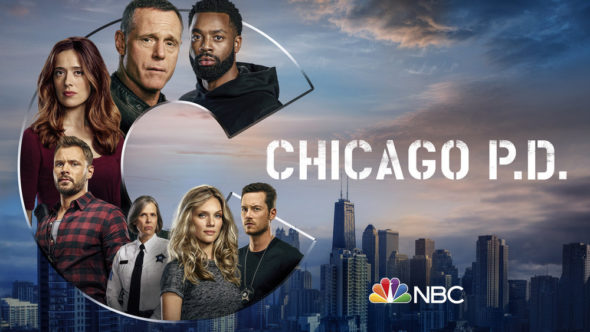 Though it can feel like there’s very little justice when it comes to TV cancellations and renewals, the most popular series usually end up staying on the air for many years. Thankfully for fans of Chicago PD, there’s no need to worry about this show being cancelled by NBC anytime soon. The police drama series has already been renewed for seasons nine and 10, through 2022-23. Will the series continue to do well in the ratings? Could the peacock network’s executives end up regretting the multi-year renewal? Stay tuned.

For comparisons: Season seven of Chicago PD on NBC averaged a 1.09 rating in the 18-49 demographic and 7.05 million viewers.

What do you think? Do you like the Chicago PD TV series on NBC? Are you glad that it’s been renewed for a ninth season?

My favorite show on TV!!

LOVE this show which is saying a lot about it…I do not enjoy the rough life, nor confrontation. I think it is the rich combination of characters…the way they move, according to their consciousness. It offers diversity and reality. I live in Atlanta, where crime is the foremost news,as in Chicago. If we could ever see the bottom line…the Why of this…it would take us a long way towards peace. Not there yet, but always hopeful. It takes those who choose the easy way, vs.the harder path; no blame, just eyes on the future. A pendulum naturally swings to extremes,… Read more »

Love the show Chicago PD, will be watching for the next three years!

if you love this show, check out S.W.A.T. on CBS its a great show, and since Chicago PD isn’t coming back till January, S.W.A.T. is on at the same time on a different network. Remember watch it live since the views have gone down and we want season 5. Tell your friends, family and other Chicago PD fans about a great sho

We like all the Chicago series especially Chicago PD!
It IS our FAVORITE TV COP SHOW! So happy it has been renewed! Please do NOT RUIN it with this political correctness crap!
It’s FICTIONAL and ENTERTAINING AS IT IS!
COPS can’t do what Hank does and get away with it!’That is what makes the show!
Like I said it’s FICTION and ENTERTAINING!

I love Chicago series all if them especially Pd

I love the Chicago series. I look forward to Wednesday nite. Glad they are renewed.
.