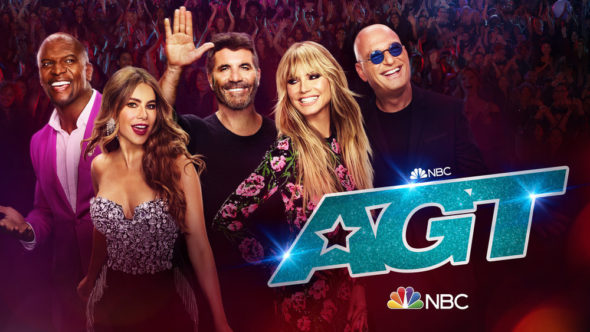 The America’s Got Talent TV series has been one of NBC’s top-rated summer series year after year. Will this season be another successful run or, are peacock network viewers ready for something new? Will America’s Got Talent be cancelled or renewed for season 18? Stay tuned.

A competition series, the America’s Got Talent TV show features an array of individual and group performers including singers, dancers, comedians, contortionists, impressionists, magicians, ventriloquists, magicians, and more. The winning act receives a $1 million prize and the chance to headline in the America’s Got Talent Live show in Las Vegas. In season 17, Terry Crews returns as host, and Howie Mandel, Simon Cowell, Heidi Klum, and Sofía Vergara are back at the judge’s table. This season promises some of the wildest acts to ever grace the AGT stage.

6/22 update: You can see the latest night’s ratings in context.

For comparisons: Season 16 of America’s Got Talent on NBC averaged a 0.81 rating in the 18-49 demographic and 6.60 million viewers.

What do you think? Do you like the America’s Got Talent TV series on NBC? Should it be cancelled or renewed for a 18th season?

Glad to see that all the judges are back.