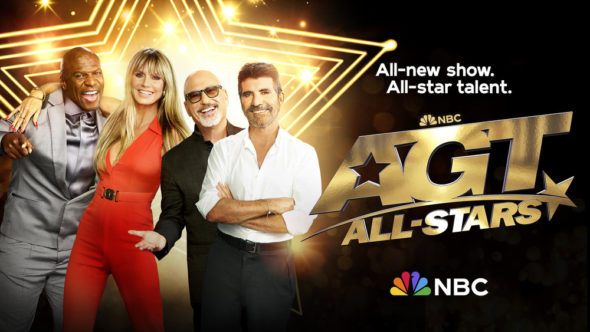 The Got Talent franchise has been incredibly successful across the world and the US version has been a consistent winner for NBC during the summer months. Is there room for a “best of” spin-off on the peacock network during the winter months? A very similar program, America’s Got Talent: The Champions, ran for two short seasons in 2019 and 2020.  series, which was essentially the same show, lasted for two short seasons.  Will America’s Got Talent: All Stars be cancelled or renewed for season two? Stay tuned.

A talent competition series, the America’s Got Talent: All-Stars TV show stars judges Simon Cowell, Heidi Klum, and Howie Mandel, as well as host Terry Crews. The series is an extension of the popular America’s Got Talent series and the 70+ shows in the Got Talent franchise produced across Europe, Asia-Pacific, the Middle East, Africa, and the Americas. This program showcases winners, finalists, fan favorites, and viral sensations from previous seasons of the parent series. The contestants take the stage once again, but this time to compete for the ultimate All-Star title. Those receiving a Golden Buzzer in the preliminary auditions secure a place in the grand finale. AGT Superfans vote on one additional act to move onto the finals. The winner receives a cash prize of $500,000.

What do you think? Do you like the America’s Got Talent: All Stars TV series on NBC? Should it be cancelled or renewed for a second season?